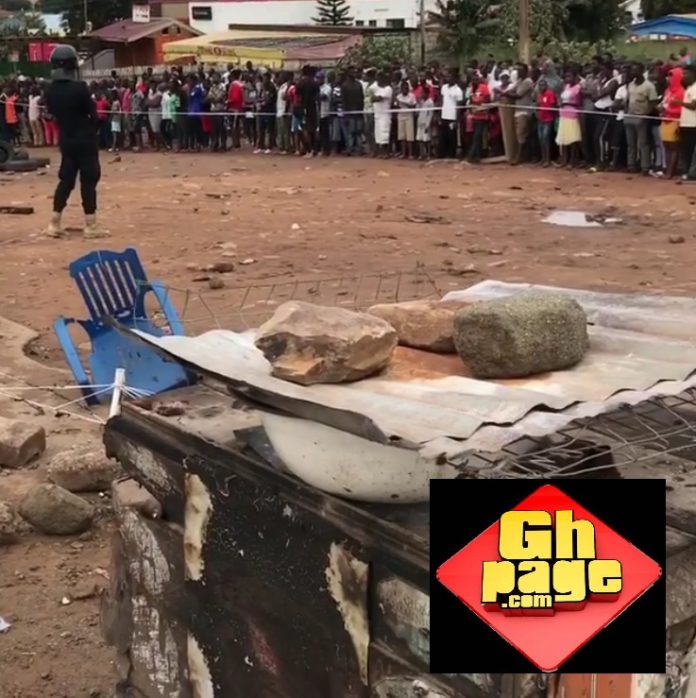 George Owusu, the manager of the burnt gas station, is blaming Saturday’s gas explosion on a khebab seller. According to him, he had warned all those selling food around to vacate the premise when the gas leaked.

He explained further that, they refused to heed his warning.

The manager speaking on the actual cause of the fire argued that the gas sparked into ghastly flames due to the risky positioning of a khebab seller just a few meters away from the gas station.

The manager alleged and stated;

“The time I came in, one of them told me that it was the khebab guy who caused the fire,”

His allegation comes to confirm a chronological report by Joy Fm’s broadcaster, Kojo Yankson on the cause of the ghastly explosion.

And as publish on Ghpage.com, he indicated that the explosion was caused by a Khebab seller who operates just across the street from the Gas station.

READ ALSO:Khebab Seller Caused The Atomic Gas Explosion and here’s how it all happened – Video

Yankson reported that one of the Gas tanks at the Station has been leaking and the smell was hovering around the place forcing workers to evacuate the premises but later the Kheleb seller going about his business lit a fire which turned the Gas into flames.

And as narrated by Kojo Yankson, below is the videos as it happened