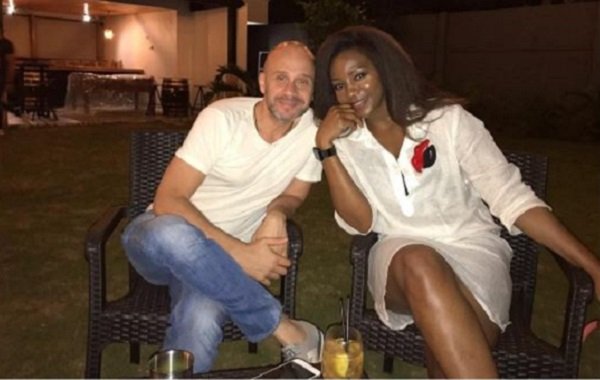 Nigerian Nollywood actress and superstar, Genevieve Nnaji in some years ago has suffered from her fans concerning her marital status of being single for such a long time, but seems now all the criticisms will start to cease as the actress choose to show off her hubby.

The gorgeous actress chose to stay single for such a long time and her fans and other movie lovers were somehow worried about the actress’ choice of being single and were thinking Genevieve is not getting married ever.

Genevieve in some time ago came out to plead to her fans to be patient with her as she plans to get married in the due time and haven’t thought of staying single forever and it seems the actress has followed her words and has acted according to that.

The 38-year-old beautiful actress reportedly tied the knot in Portugal and later shared this photo after her secret wedding went viral on various news platforms.

Genevieve’s desperate fans in a happy mood have concluded that’s her spouse and have been congratulating her on her Instagram post. @GenevieveNnaji.

See The Beautiful Photo Of Genevieve And Her Husband