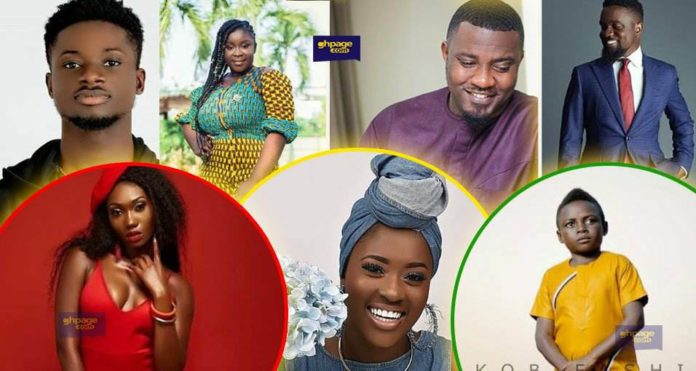 Today, Ghpage.com presents to you a list of the top Ghanaian celebrities who look way older than their age. This is not to spite any celebrity but this article was thought of during the time Sarkodie celebrated his birthday— somewhere last year.

Ghpage.com on its official Facebook page posted a picture of the artiste to wish him a happy birthday as we usually do most of the celebrities.

In that post, we mentioned his age—come and see the doubting “Thomases”.Some of the fans even “came at” us to call us names for stating Sarkodie’s ‘real’ age.

In fact, they expected him to be way older than that age.

READ ALSO: Controversies Over Sarkodie’s Age As He Turns 29 Today

So we decided to look further to some of our celebrities who look somewhat older than their real age-Let’s get going.

Michael Owusu Addo, known by his stage name Sarkodie, is a Ghanaian hip hop recording artist and entrepreneur from Tema.

Attention: Scroll down to continue by flipping the pages