“Even though I was married, I had $ex with men daily” – Ghanaian lady shares emotional story 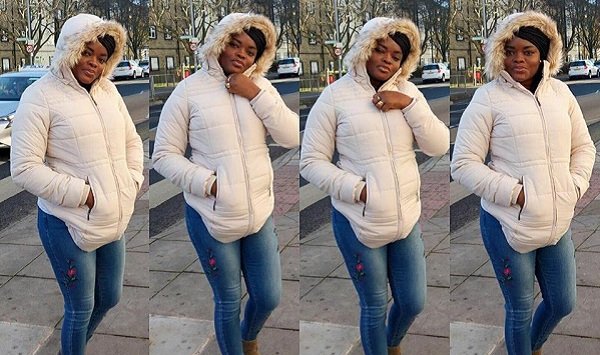 Berla Mundi’s Show on GHOne TV “The Late Afternoon Show” is gradually becoming one of the hottest shows on TV in Ghana as many people bedeviled with some sort of problems and lifestyle come to share their experience.

Not long ago, Berla Mundi hosted Queen Farcadi, the most sophisticated prostitute in Ghana who makes GHS 30, OOO in a month. Just Yesterday, 11th January 2018, Berla interviewed a lady by name Elorm The Zionist and the kind of revelations made by the lady was just too heartbreaking.

According to Elorm The Zionist who was on the show with Mr. Patrick Amegashie, an officer with the Ghana Narcotic Control Board and others guests to discuss the topic “Abuse and Addiction to hard drugs and alcohol”, not only was she addicted to hard drugs but also to $ex

Explaining further, Elorm The Zionist stated that before her marriage to a white older man in England, she was addicted to cannabis, marijuana, Cocaine, and $ex. But it got worse when she got married because the husband couldn’t satisfy her.

SEE ALSO: A lady cries out on Facebook about how a guy he met used and dump her

She started roaming the streets of England to find men to sleep with. She explained how she got hook up with some group of men who were also into hard drugs and were ever ready to in turns sleep with her.But she was still not satisfied. She said:

“I couldn’t control the urge. I had to sleep with many men in a day and still I was never satisfied. I found a lot of young guys who were at my beck and call ready to sleep with me all I want but still no satisfaction.”

Elorm The Zionist explain how she ended up inviting the men into her home through phone calls to sleep with her because she was tired of roaming the streets to find men to sleep with on daily basis.

The husband got tired of her attitude and threatened to divorce her. Realising she faced deportation issues if the marriage fails and for the first time realizing she needs help, she wrote to the Ghana Embassy in England for help but to no avail.

Elorm the Zionist reveal that she realized there and then that she will go mad if some things do not change. She went down on her knees and started praying to God for help.

With continued prayers, she realized that she was getting better. She started distancing herself from some drugs. She explained that the more she stays away from the drugs, the better she was at resisting the $exual urge.

With time, she overcame her years of hard drugs and $ex addictions through prayers. She went on to recount how grateful she is to God for healing her of her addictions.

Elorm The Zionist revealed she is currently on the mission to share her story and to help others in similar situations to recover.