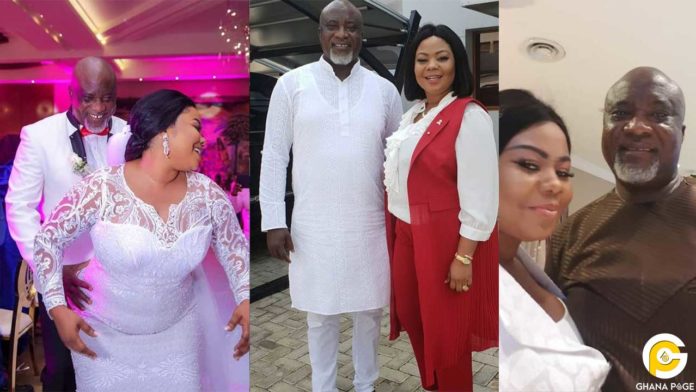 Gospel musician Gifty Adorye formerly known as Gifty Osei who recently tied the Knot with NPP sympathizer and Politician Hopeson Adorye has disclosed the reason why none of her colleague Gospel musicians was present at her wedding.

According to the musician in an interview on TV3, the decision not to invite them over for her wedding was a personal decision and that her wedding had stages so she had plans on when and where to invite people.

Speaking about the non-appearance of her fellow Gospel musicians, she revealed that her first marriage fell on rocks way back in 2012 but kept it a secret from the public but her friends in the industry whom she regards as sisters knew about it.

It was later in 2016/2017 that she discovered that her colleagues(sisters) whom she confided into were the same people who were behind whatever she was going through at that moment.

Those people she now refers to as “concrete foundation” would call her to comfort and sympathize with her but immediately the call ends turn their backs to mock and laugh at her and even call some bloggers to publish stories about her failed marriage.