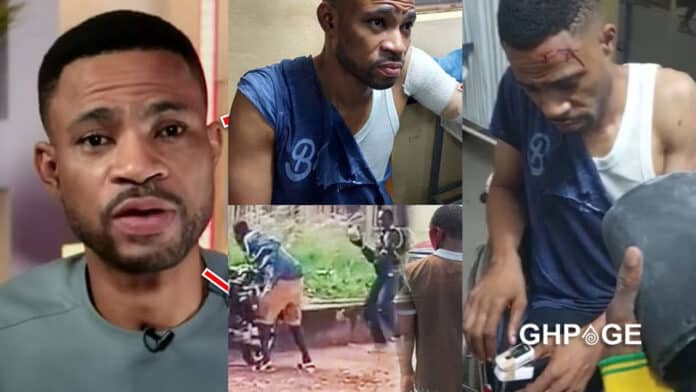 The incident is said to have occurred on Saturday, August 6, 2022, around Old Ashongman, when unknown assailants riding on a motorbike crossed the presenter.

In a statement dated August 7, the Association said it received the news with shock and called on the Police Service to swiftly conduct investigations into the attack.

“The GJA National Executive attending a three-day retreat at Obosomase, near Aburi in the Eastern Region, received the news of the attack with utter shock. We find the attack heinous and dastardly, and call On the Ghana Police Service to launch immediate investigations into the attack,” the GJA said.

“We also urge the general public to support the police in their investigations to bring the perpetrators to face the law,” the statement added.

Kofi TV was returning from Kuntunse to Accra, when the attackers crossed him and inflicted wounds on his face, arms and shoulders.

According to information gathered, the men, who were armed with sharp objects, left injuries on his face, arms and shoulders.

Further reports indicate that, they attempted to set him ablaze after pouring some substance believed to be petrol on him.

Meanwhile, a man named Jerry who is close to Kofi Adomah has granted an interview on Angel FM to exclusively speak on the attack.

He revealed that Kofi’s wife, Miracle Adomah, nearly collapsed after the fuel attendants who rescued her husband told her on the phone that her husband had lost his soul.

While driving to the scene, she also nearly had an accident because she was sobbing while driving at a top speed because of the shock.

The police officer she called for assistance was also not able to help because he was the only person available and was on duty at the same time.