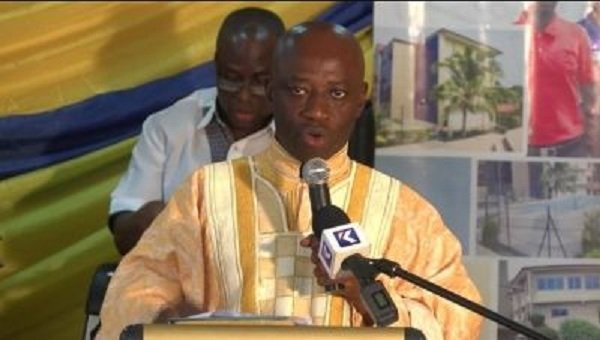 Honored Reverend Thomas Kusi Boafo has invoked the wrath of God on himself should he use his current position as Chief Executive Officer (CEO) of Public Sector Reforms to steal from the state.

According to the  Chief Executive Officer (CEO) of Public Sector Reforms, some elements in the previous administration established a grand scheme through which they used in siphoning funds from the state’s coffers making the taxpayers look stupid.

“We will not tolerate some of these corrupt acts in this country. I have said it that the day I will steal from the state if God does not strike me dead…..If he fails to kill me for doing so I will convert to a traditionalist and worship gods”, he said.

READ ALSO: The Biography Of Osei Kwame Despite And How He Moved From Grass To Grace (With Pictures)

The former lecturer at the Kumasi Technical University made it clear that the immediate past administration performed terribly bad and based on what he has seen, if the President fails to jail some persons, he will campaign against him in 2020.

Nevertheless, he has observed that if the president was to be corrupt, this period would have been his best time for him to dip his hands in the state’s coffers to make himself rich at the expense of the state.

“If it was so, this is the period it would have been rosy for me to also enjoy because it is now our term. This would have been the period I will award contracts. The World Bank has given us $250 million to use for reforms. When my wife is going to school, he will be driving in two V8 vehicles in a convoy carrying my children to and from school. I could have also taken advantage to enrich myself. Establish a drinking spot for people to drink to stupor and dash vehicles”, he stressed.