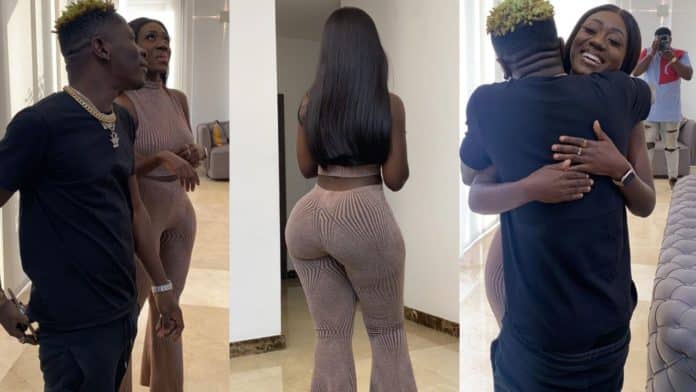 Hajia Bintu has finally opened up on the wild reports on the internet that she was once Shatta Wale’s girlfriend.

The rumours that Shatta Wale and Hajia Bintu were doing something intimate behind the scenes gained massive recognition on the internet after Shatta Wale named one of his hit songs after the socialite and additionally cast her in the song’s video.

Alot of social media users were forced to believe the rumours because we all know Shatta Wale doesn’t play around when it comes to nice-curvy ladies.

Amidst the hearsays, Hajia Bintu has publicly spoken about the supposed affair for the first time during an appearance on UTV’s United Showbiz program over the weekend.

According to Hajia Bintu, the relationship between him and Shatta Wale is strictly business.

She added that Shatta Wale is her godfather, therefore she can never sleep with him hence haters and loudmouths should stop spreading lies about them.

Meanwhile, the comments under the video suggest otherwise. Alot of critics have refused to believe what Hajia Bintu said concerning her affair with the dancehall king.