“I make 7,000 cedis by the end of every month” – Coconut seller reveals 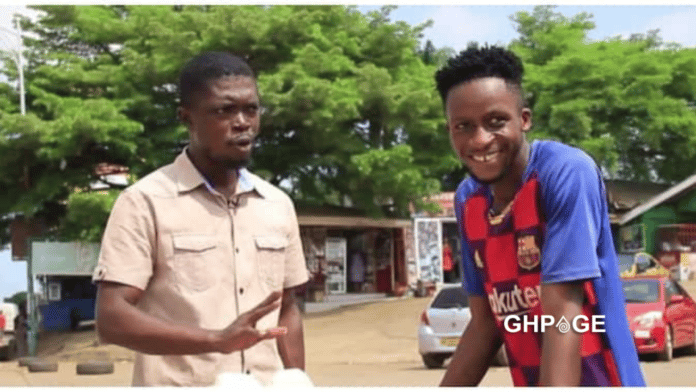 According to Baba Rahman, who is a 26-year-old Ghanaian high school graduate he makes as much as GH?7,000 every month from selling coconut on the streets.

The determined young man made this revelation during an interview with AMBASSADOR TV on YouTube.

As revealed by Baba in the course of the interview, he has been selling coconuts on the streets for the past three years and has not regretted it.

When asked whether he will consider working in an office for GH?1,000 or GH?2,000, Baba indicated that he will never make such a mistake because of the proceeds he is making from his business.

He argued that no office work in Ghana can pay him more than 10,000 cedis at the end of every month but his coconut business gives him more than Ghc7k.

“Sometimes I can sell 200 pieces of coconuts in a day and even if I sell it GH¢4 I will get GH¢800 just a day. I can make profit of G¢300 within a day so within a month I can make not less than GH¢7,000 from my coconut business,” the gentleman further disclosed“

Alot of social media users have given him thumbs up for being innovative and establishing his won small business rather than waiting to be on the government’s pay roll.

Making over 7,000 cedis by the end of every month is very commendable and worth emulating.