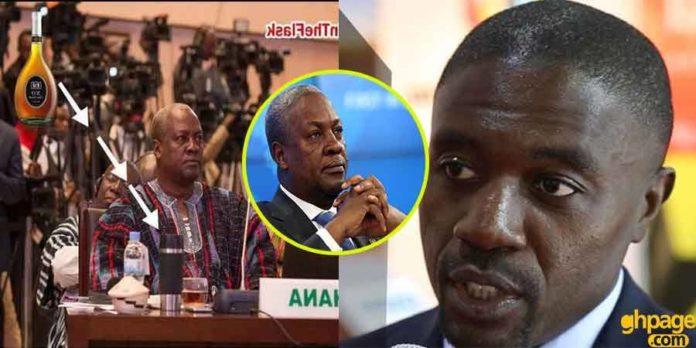 According to the former Consul General to Dubai, the NDC should desist from electing former President John Mahama as flagbearer since he is super incompetent and a ‘drunkard’ citing that the former head of state was drunk during his announcement of his intentions to contest for the National Democratic Congress(NDC) flagbearer position to lead the party into the General Election in 2020.

Ambassador Osei’s comment is a new twist to the flagbearership race for the opposition National Democratic Congress.

In Daniel Osei’s assertion, the President during his tenure never made it to the Flagstaff House before 11:00 am which many can verify.

He also raised an issue of Mahama’s flask which is always carried along all his duties and appearances. According to Osei Daniel, the content of the flask exceeds what Ghanaians merely think as water.

Former Ghanaian President John Dramani Mahama on August 23 officially made his intentions to contest for the National Democratic Congress(NDC) flagbearer position to lead the party into the General Election in 2020.

Before that, there had been several reports of John Mahama declaring his intention for his comeback but it was later denied by his office stating that the former president had not made such declaration.

But in a video shared on social media, the former president confirmed that indeed he had expressed his intention of leading his party once again and gave reasons why he wants to take up the leadership mantle.