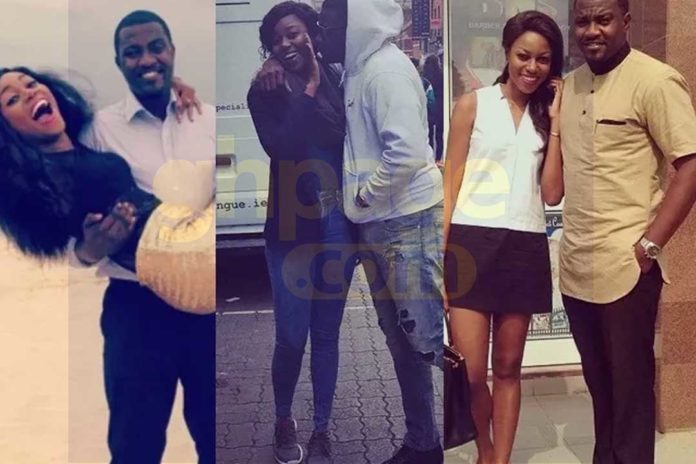 Ghanaian actor and NDC sympathizer John Dumelo has responded to the tweet made by his colleague in the movie industry Yvonne Nelson after she complained that the country is hard.

Yvonne Nelson yesterday sent out a tweet on social media expressing how times are hard in the country and the fact that there are no jobs for people to do.

After her tweet, a lot of fans replied with their own sentiments. Some said that things are now very expensive and life has become unbearable.

John Dumelo few minutes after Yvonne’s tweet commented saying he told her so.

After his first reply, Yvonne came back and stated that she wasn’t getting it and that things are expensive with no jobs.

She tweeted: “Chaa, I no Dey see top! Everything is expensive Charley! Job sef no Dey”

Chaa, I no Dey see top! Everything is expensive Charley! Job sef no Dey

The new daddy then asked that the “Yaa Asantewaa of our time” to relax since everything would be better very soon.

After John’s reply, she came back to say.

Dumelo is talking? you…I beg, I need shopping for Christmas. Rice,gari and tins.put for the V8 and take come house I beg. Adunley sef I go chop. KULIKULI MASTER ( inside joke)?

SEE MORE: Kaywa ‘preaches’ John Dumelo on the need to pay tithe to the church not the needy