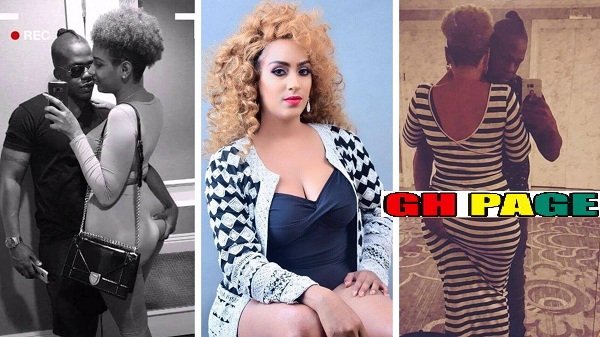 Juliet Ibrahim has just confirmed in a new interview that she is single and she has broken up with her Nigerian boyfriend, Iceberg Slim for a while now.

According to the Ghanaian actress, she is very much single and she does not regret going into the relationship with the Nigerian rapper although it didn’t end as they all expected.

SEE ALSO: Your boyfriend must pay you for sex; nothing is for free – Juliet Ibrahim

“You don’t have to regret anything in life. I have rather learned a lot from that relationship and I have moved on,” Juliet Ibrahim told MzGee.

SEE ALSO: From a refugee to a celebrity: Juliet Ibrahim shares her touching life story

Neither will she confirmed the rumors that Iceberg Slim is a ‘dog’ going about sleeping with anything in a skirt but firmly stated that at the right time Ghanaians and her fans will know what caused their breakup.

After Juliet Ibrahim divorced her husband Kwadwo Safo Jnr, the son of Apostle Kwadwo Safo Kantanka, nothing was known about her relationship life until she settled with the Nigerian rapper, Iceberg Slim.

Their relationship was all over the media and Juliet Ibrahim in an interview once even warned Iceberg Slim not to break her heart or else Ghanaians will never forget it and will deal with him.

Fast forward, they are no more together and after months of denying breakup rumors, Juliet Ibrahim has confirmed and has even revealed there is no need for Ghanaians to go after Iceberg Slim since she got into the drama herself.

SEE ALSO: Yvonne Okoro goes ‘mad’ on a fan on IG for saying Juliet Ibrahim is better than her