Kennedy Agyapong calls for the arrest of fmr. deputy Governor of Bank of Ghana 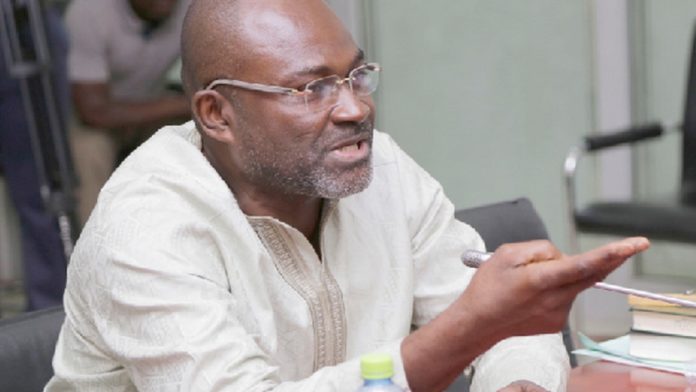 The member of parliament for Assin Central for the New Patriotic Party, Kennedy Ohene Agyapong has called for the arrest of the former Second Deputy Governor of the Bank of Ghana Dr. Johnson Asiamah.

According to Kennedy Agyapong, he cannot fathom how Dr. Asiamah could accumulate such wealth to purchase a house worth about $1.5 million.

“Dr. Asiamah has to be arrested. He is not a businessman like us, so how much is his salary to enable him purchase a house that is estimated to be about 1.5 million dollars. They will come after them”, Kennedy Agyapong stated.

Kennedy Agyapong also added that the National Democratic Congress does not have the moral right to criticize the current government of being corrupt.

In 2016, Dr. Johnson Asiamah was appointed as the Second Deputy Governor at Bank of Ghana by former President John Dramani Mahama.

Recently, the Bank of Ghana disclosed that Dr. Asiamah played a role in the decision to allow the GCB Bank to take over the assets of UT and Capital Banks after their licenses were revoked.