Killer caught in Junior’s video different from his friend – Brother 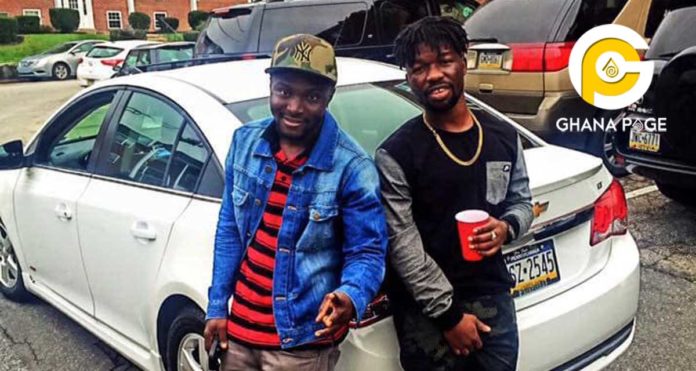 Few weeks after Junior US aka Iron Boy born Nana Yaw Opoku was murdered at his base in Philadephia in the United States, the police released the CCTV footage as part of the ongoing investigations into the murder.

In the video, Junior US was in a room with a girl when a knock sounded. The girl first rushed to open the door and he followed.

Two black men in black hoodies rushed on him and shot him dead at gunpoint. They proceeded to enter the room and search for what they were looking for before fleeing. Their faces were captured by the CCTV camera.

Also Read: #FreeMyBrother found on the IG page of one of Junior US’ murderers

After the video went viral, one of the killers whose face showed was said to be a friend of Junior with even pictures of the two together to back it.

Well, Oboy Murphy who is a brother to Junior US has revealed that the killer in the video is not the same person or friend Junior took the pictures with.

According to Oboy Murphy, the friend in question was not even in town when Junior was killed saying that he had gone out with his teammate to play a football tournament in another state and therefore is no way connected to the murder.

From what we gathered, two people have so far been arrested in connection to the gruesome murder of Junior US.

Shatta Wale comes as a confused and inconsistent artiste – Arnold