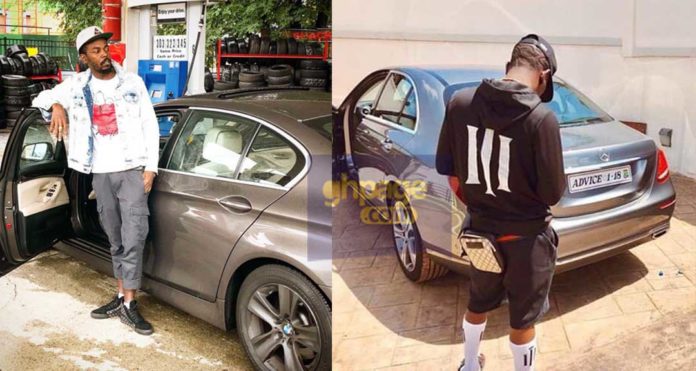 Kind courtesy of Charles Nii Armahe Mensah, the flaunting of cars and mansions has become a thing among Ghanaian top musicians. Kwaw Kese has just joined the show of wealth and has put his BMW 5 Series worth GH¢200,000 on display.

In his own way of teasing and showing Shatta Wale he also drives an expensive car, Kwaw Kese has shared a photo of 2017 model of BMW 5 Series and Ghpage.com has gathered it’s worth at least GH¢200,000.

Sharing the photo on his Facebook page, Kwaw Kese captioned it: “Dem a Wonder”

For weeks now, Shatta Wale and Kwaw Kese have been at each others throat. Shatta Wale started the beef by labeling Kwaw Kese, Sarkodie and the entire Ghanaian musicians poor.

There have been several arguments/accusations between Shatta Wale and Kwaw Kese. Kwaw Kese recently released a diss song titled “Porkum” for Shatta Wale.

Recently, Sarkodie unleashed his anger on Shatta Wale and released a diss song titled “My Advice” targeted at Shatta Wale.

But in a rebuttal, Shatta Wale customized his new Benz “Advice 1-18” to send the message that properties speak louder than a diss song.