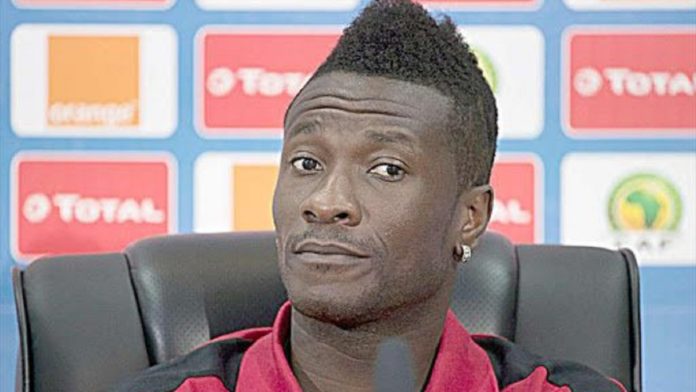 The former captain of the Ghanaian national team, the Black Stars Asamoah Gyan has finally spoken about Kwesi Nyantakyi been banned for life from all football-related activities.

According to Asamoah Gyan, the former President of the Ghana Football Association (FDA) deserves credit for serving the country through football.

He added that Kwesi Nyantakyi didn’t deserve the treatment that was meted out to him and that he was able to take Ghana to the World Cup 3 times.

Asamoah Gyan believes Kwesi Nyantakyi’s issue wasn’t handled well and is saddened with how he lost everything within 48 hours.

“I don’t think Kwesi Nyantakyi’s issue was handled well. The man has served the nation very well in football and it’s sad how he lost everything in hours.

CAF Vice President lifting the flag of Ghana high, Taking Ghana to the World Cup 3 times means there’s something he was doing right. He deserves credit and not that whole PHD.

There’s soo much politics in football in Ghana and that’s wrong, Ghana is the only Country that the Citizens know how much their players are being paid, and it’s soo wrong.

What happened in the Black Stars Camp should stay in the Camp, there is no need for Ghanaians knowing how much we are being paid.

For us the players, we always ask ourselves why we should talk about money when we’re preparing for a tournament? Politics in football is not good for anybody. Football is one sport that brings people together, we should stop asking how much we were paid”, Asamoah Gyan stated.

This comes after investigative journalist Anas Aremeyaw Anas released a video where Nyantakyi was found taking a bribe and purporting to have the ability to take over the whole country.

Ayisha vs Afia saga: ‘Don’t bite the hands that once fed you’ – Rev. Obofour’s wife speaks