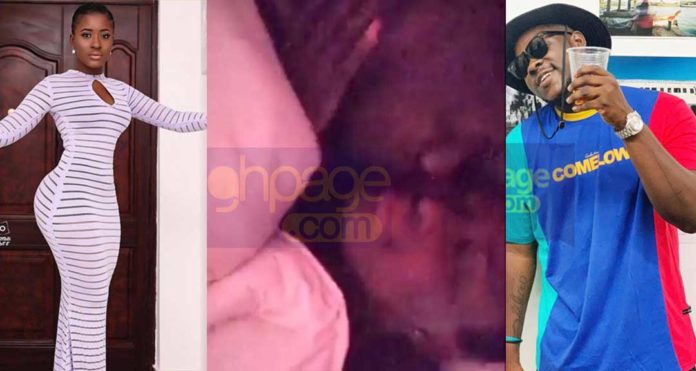 A video of the AMG Business rapper, Samuel Frimpong aka Medikal and his new girlfriend, Fella Makafui kissing and smooching in bed has popped up on social media and it’s fast going viral.

In the video, Medikal is lying with Fella Makafui under the sheets and it’s all romance. They could be seen giggling, kissing at all sort of places, smooching and doing all kinds of kinky stuff.

Well, as expected, social media users have reacted widely to the video with many condemning and praising the two for their show of affection.

A section of social media users has accused Medikal and Fella of doing all these just to tease and mock Medikal’s ex-girlfriend, Deborah Vanessa aka Sister Derby.

Well, watch the video below and draw your own conclusion

Medikal was snatched from Sister Derby by Fella Makafui weeks ago and it has become a heated topic for discussion on social media since then.

Sister Derby has released a diss song for the two describing their affair as cockroaches love. Medikal has already countered with several diss freestyle and lately a full diss song.