Video: Mmebusem wades in— Attacks Kwadwo Nkansah Lilwin and his crew for bad-mouthing his Marriage 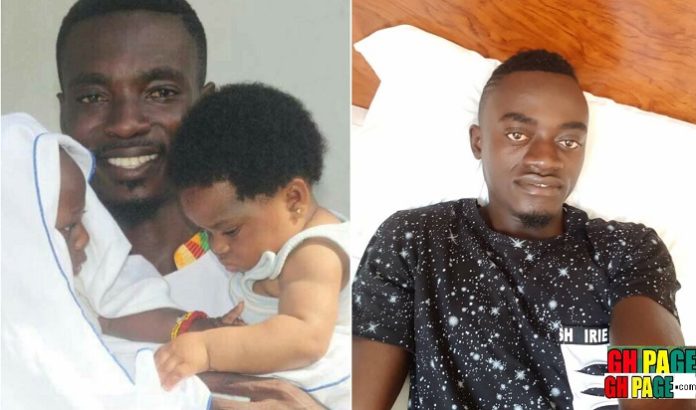 According to what Ghpage.com gathered, there were reports making rounds that Kumawood actor, Justice Hymns Mmebusem faked his popular marriage to Madam Abena Boatemaa, to somewhat hype an upcoming movie.

And according to Mmebusem, those reports were instigated by Busumuru Sean Kingston, a blogger for Kwadwo Nkansah Lilwin.

Busumuru on several facebook posts has incessantly attacked Mmebusem over his ‘fake’ marriage down to the birth of his supposed twins to gain some public attention for an upcoming movie project.

That, Mmebusem took a great offence in it, and in a video, Ghpage.com has seen, the Kumawood comic actor, can be heard sounding a strong warning to Kwadwo Nkansah to tame his boys.

The actor reacting to whether his marriage is fake or not indicated that Sean(Kwadwo Nkansah’s publicist) wants to ride on it just to be popular, and truly he’s married to Abena Boatemaa.

He also admitted that, he has discussed with some producers to use the story and the reason why they got married to act a movie.

He, however, added that Lilwin and his crew are discriminatory, that’s why they are criticizing his choice of a lady for a wife.