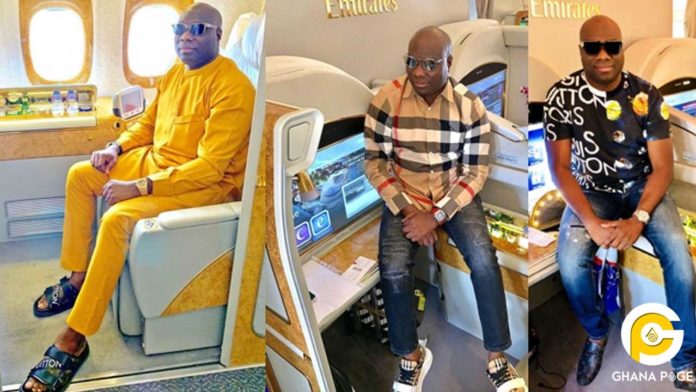 One of Nigerian’s big boy Mompha according to reports reaching us has sued the Economic & Financial Crimes Commission (EFCC) an amount of N5 million over what he described as wrongful detention.

It was reported some weeks ago that the businessman had been arrested in connection to cybercrime and money laundering by the EFCC.

In the suit he filed before the Lagos State High Court in Igbosere, Mompha whose real name is Ismaila Mustapha is urging the court to award N5m against the EFCC for detaining him beyond the constitutionally-allowed period without being charged to court.

He prayed the court to order the EFCC to either immediately charge him to a court or release him if it was not ready to charge him to court.

His lawyer, Mr Gboyega Oyewole (SAN), said his client, as a Nigerian, was entitled to the protection of his fundamental rights under sections 34, 35 and 36 of the 1999 constitution.

Oyewole said his client was arrested on October 19 at the Nnamdi Azikiwe International Airport, Abuja by the EFCC which accused him of money laundering.

He said the remand order which the EFCC obtained to keep Mompha had since expired and he ought to be released.

In a 20-paragraph supporting affidavit, one Olumuyiwa Ajidagba claimed that “The applicant (Mompha) has been subjected to physical, mental and psychological torture in the underground cell of the EFCC’s detention centre.”

The court has yet to fix any date to hear the case.