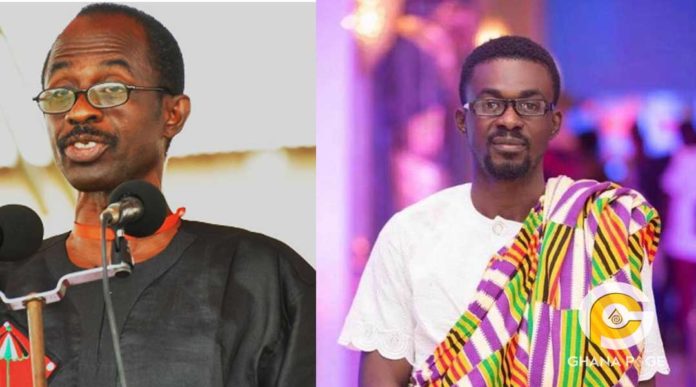 Embattled Menzgold CEO Nana Appiah Mensah who is currently cooling off in a Dubai prison is a card-bearing member of the ruling NPP and this was made known by the General Secretary of the NDC Asiedu Nketia aka General Mosquito.

According to the politician, before NAM lost hold of all the things he was warming his way of becoming the Member of Parliament to lead the people of Awuta Senya East constituency of the Central Region on the ticket of the NPP.

Also Read: NAM1 was granted bail but was rearrested on the command of Interpol

“This Menzgold thing, do you know the man was eying to stand as parliamentary candidate at Kasoa on the ticket of the NPP?  He is the son of the NPP Women Organiser. That is how come he established the NAM mission at the area and started doling out money”, he said on Accra-based Power Fm.

He went on to state that he is surprised that the NPP is now saying they don’t know Nana Appiah Mensah.

“If the same NPP now come out to tell us they do not know NAM 1 who are they deceiving”, he asked.

It would be recalled that after being granted a self-recognizance bail by the Economic and Organized Crime Office (EOCO) in Ghana somewhere last year, NAM 1 sneaked out of the country with the hope of getting money from other deals in order to pay for locked up investments of his clients.

It is gathered that NAM 1 had traveled to Dubai in the hope of collecting US$39 million owed Menzgold by a Dubai-based company, Horizon Royal Diamonds DMCC, for the supply of gold.

His intention was to use the money to settle investors of the Menzgold, following the closure of the company by the Security and Exchange Commission (SEC) in the wake of a turf war with the Bank of Ghana.

Sources familiar with the story had indicated that in 2016, an unnamed official of the EOCO, had recommended Menzgold to officials of Horizon Royal Diamonds for the supply of huge quantities of gold. That recommendation came because, according to the sources, the Dubai Company, had earlier been duped by some Ghanaians.