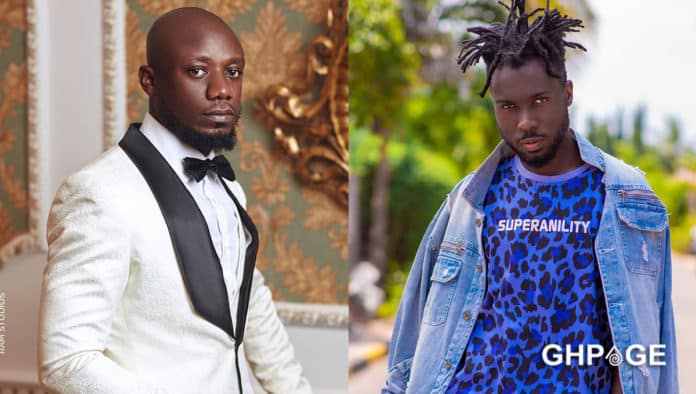 Movie producer and musician Kobi Rana has made yet another staggering allegation against Ghanaian blogger Nkonkonsa which has left the latter in the mud and battling for his dignity.

In his latest tirade on Instagram, Kobi Rana has divulged that Nkonkonsa – real name Eugene Osafo-Nkansah – who was previously exposed by Abena Korkor is also sleeping with a certain Twi newscaster and an usher.

Sharing a picture of Nkonkonsa on his Instagram handle, Kobi Rana wrote:

“I see the media twisting the story to protect you Eugene @nkonkonsa because u r one of them. Also pretending or too stupid to see your evil intentions. Now u know how to post Rana music. What happened to posting only rubbish about me for your dogs to bark in comments? U repented overnight?

“That Twi newsreader and that girl who ushered at the event. Are you done licking their trumu? Does your wife know that too? Yo i will blog the stupidity out of you. U want crazy. I’ve been quiet all these years because I don’t want to give fools promotion.

“You post good stuff about some celebs and tag them for mobile money. And you destroy others by posting shit about them for fools to comment to increase your followers. Because u feel u like ‘vawulence’. Bitch, vawulence is my orgasm. E go over u,” Rana concluded.

It all started when Nkonkonsa shared a post of Kobi Rana that sought to imply he is supporting LGBT and he is against all the people fighting against the legalization of LGBT in Ghana after some MPs were spotted praying against it.

According to Kobi Rana, even though Nkonkonsa is married, he “licks a** like gay men do and licks p*ssy like lesbians do”. Kobi Rana also claimed there are a lot more partners of Nkonkonsa who will be coming out soon besides Abena Korkor.

Kobi Rana further warned Nkonkonsa not to try to disgrace him again or he will feel his anger and the exposé he will bring about him will shock him and his wife, actress Victoria Lebene.