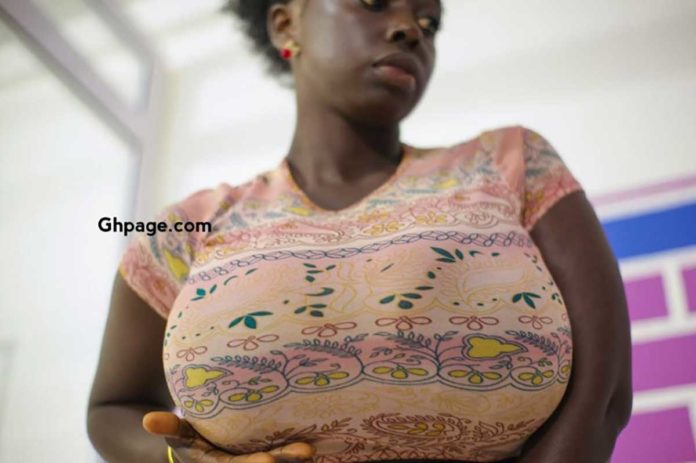 For some time now Kumawood actress Pamela Odame Watara has been considered as the lady in the entertainment industry with the huge front attackers until the emergence of this new lady known as Kasawale.

Kasawale born Cassandra Blonde has revealed in an interview with Ghpage TV that though she knows Pamela and herself are busty, she feels she carries more goods that Pamela.

According to Kasawale who has spent some years in Germany before coming down to Ghana to settle revealed that she has met with Pamela before and that day she(Pamela) got to know that there was someone whose was more busty than her.

On whether she visited any specialist to have her “front attackers” done, she revealed that it was natural and was given to her by God and she has no thought of either increasing the size or decreasing it.

She went on further to disclose that though she has heard people with huge goods on their chest complain of having back pains due to the size, she is yet to experience that.

On people comparing them, she said it’s just normal thing and that people should continue doing that.

Woman goes naked, drags her buttocks on the floor as she curses her fiancé for dumping her [Video]

TikTok star Asantewaa accused of having affair with her manager, Cassious – Videos pop up

Drivers strike: Pressure mounts on Sarkodie as many demand he does a song on the economic hardship in the country