Police to arrest Tonto Dikeh for theft and forgery 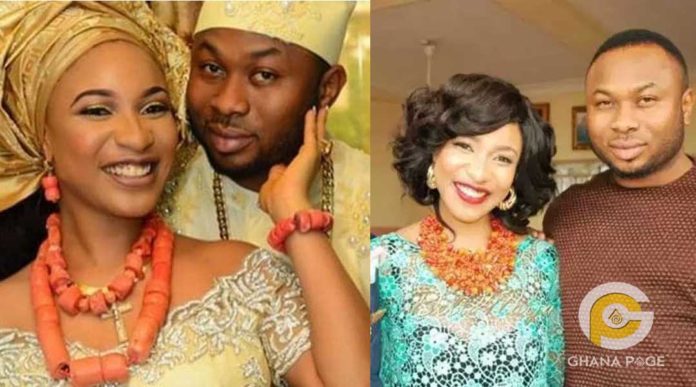 Nollywood screen goddess Tonto Dikeh has been reported to the police by her ex-husband Dr. Olakunle Churchill for allegedly stealing his Toyota Landcruiser Prado SUV vehicle valued at $80,000.

The complaint reads in part “We are Solicitors to Dr. Olakunle Churchill, (hereinafter referred to as “our client”), the Chairman of Big Church Group Limited, on whose behalf we write to bring the following facts to your notice:

1. On 29th day of August 2015, our Client married Miss Tonto Dikeh under the Ikwere native law and custom, and the marriage thereafter broke down irretrievably and led to their divorce.

2. During the subsistence of the marriage, our client through Big Church Group Limited, a Company of which he is the Chairman, bought a Toyota Prado SUV 2016 Model worth the sum of N22,000,000.00 (Twenty-two million Naira). 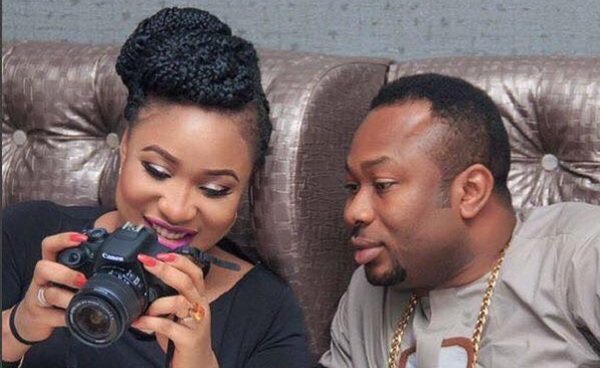 3. The car was bought for domestic use of the family particularly in view of the fact that Mrs. Tonto Dike Churchill (as she then was) had just put to bed.

4. The car was bought in the name of our Client’s Company as a result of the partnership our client’s Company had with Toyota Company at the material time. Find attached the particulars of the vehicle” 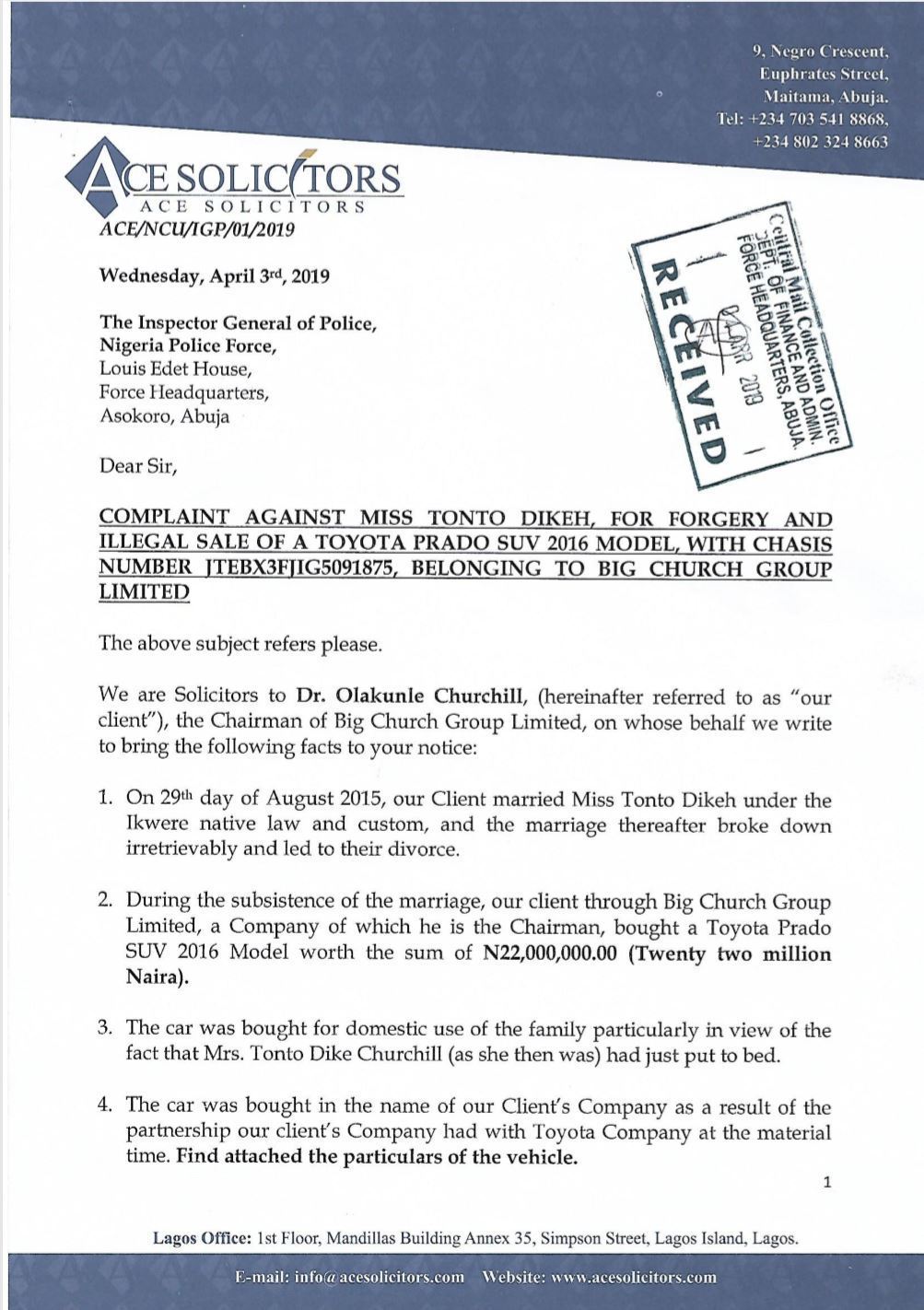 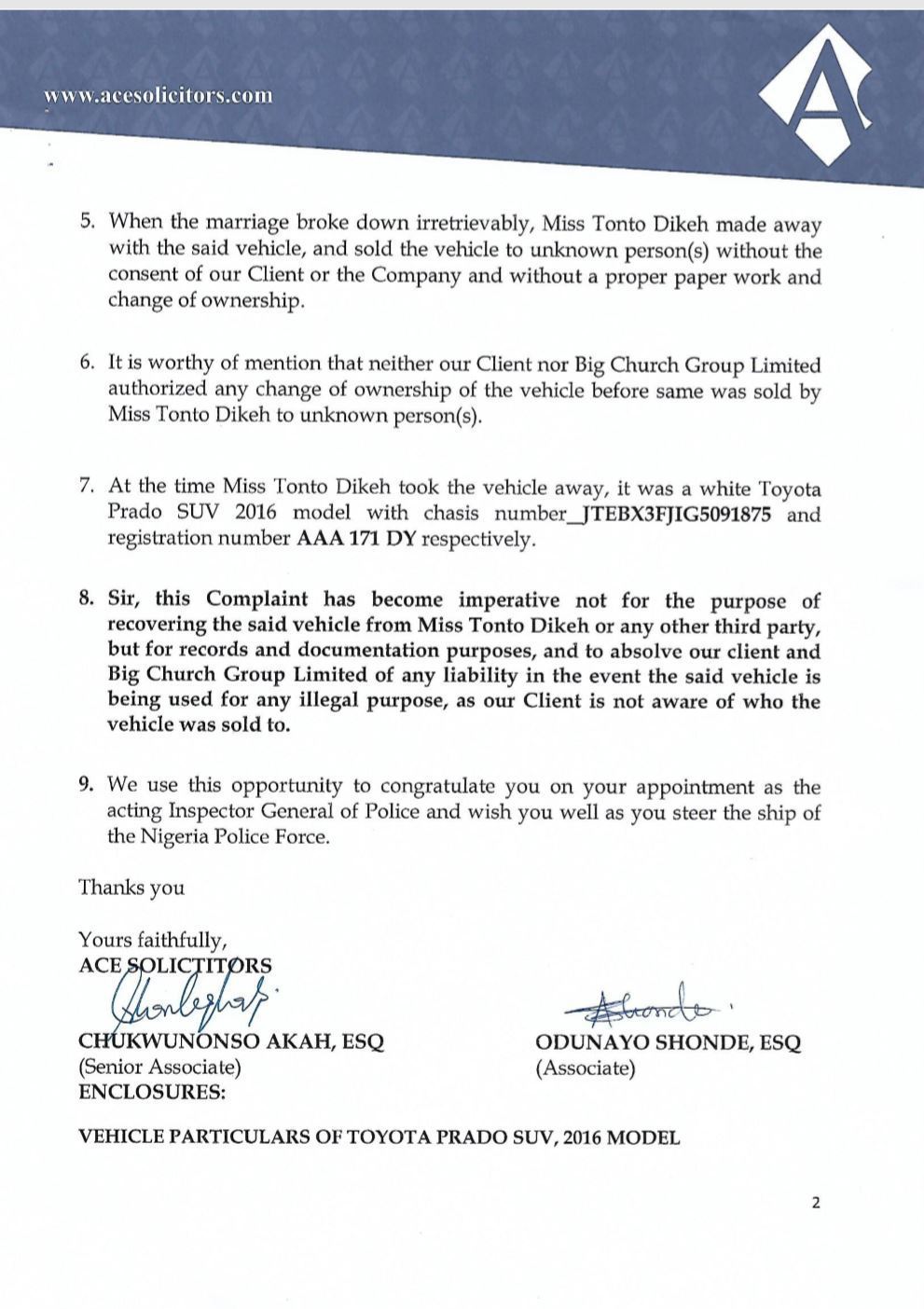