Popular Ghanaians who died in 2019 -How and when they died 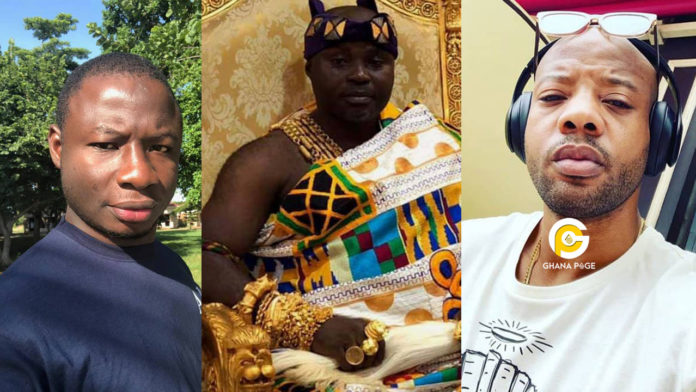 The Year 2019 had lots of happenings. The 365 days of the year went by with all-seeing the good, bad and the ugly side of certain incidents with some controllable and others hysterical.

Death they say is inevitable and has laid its icy hands on some notable personalities in Ghana and this can’t be erased from the minds of the populace because the news about their death struck hard to all and sundry.

Ghpage.com gathers some of the famous figures who passed on in 2019.

Major General Francis Vib-Sanziri was a Ghananian Military officer who was in service from 1985 to 2019 in the Ghana Army until he was called to rest in the bosom of the Lord.

The Late Major General rose to the rank of Major General and served as the Director-General of Joint Operations at the General Headquarters of the Ghana Army in the capital city Accra. He was also Head of Mission and Force Commander of the United Nations Disengagement Observer Force (UNDOF)

May his soul rest in peace!

He lost his life in a gruesome car accident at Banahene along the Achtensua to Hwidem road. His death occurred on 6th July 2019.

Ghana’s undercover investigative journalist Ahmed Hussein Suale who was also an associate and lad to Anas Aremeyaw Anas met his untimely death on 16th January 2019 in his car.

Ahmed Hussein Suale was shot by unknown gunmen who were on motorbikes.
His death came as shock to Ghana and this stirred fear in the journalism fraternity.

The late Brigadier General Martin K.G Ahiaglo (RTD) was General Officer of Commanding-GOC of the southern command of the Ghana Armed Forces and then Director-General of the (NLA) National Lottery Authority.

Brigadier General Martin K.G Ahiaglo (RTD) passed on after battling with an unknown ailment for some months.

He was the husband to Abla Gzifa Gomashie former deputy Minister of Tourism, Culture and Creative Arts.

On Sunday, August 18, 2019, his body was found in his Land Cruiser vehicle and was set on fire.

Mark Ofori, Takoradi constituency treasurer of the New Patriotic Party(NPP) was killed at his residence at Fijai in the Sekondi-Takoradi Metropolis of the Western Region in 2019.

Junior Manuel Agogo the one-time Ghana Blackstars striker passed on after battling with stroke for over four years though he seemed fit he struggled to talk.

On Thursday, August 22, 2019, the news about his death spread across the length and breadth of Ghana and even internationally.

Junior Agogo Spent most of his life in the United Kingdom Ghana has lost a true Legend. May his soul rest in peace.

May the gentle souls of this former personalities rest in perfect peace.