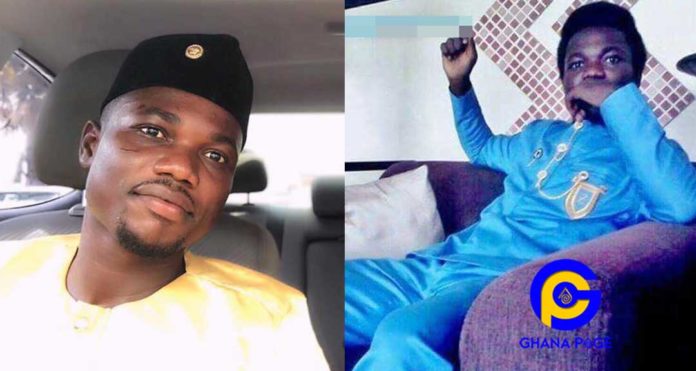 Ghpage.com has sighted a wild allegation from a social media user that Prophet Cosmos Walker Affran, the founder and leader Cosmos Affran Ministries was a fetish priest very well known in the Eastern Region before he metamorphosed into the prophet that we know him to be now.

According to the information, the now Prophet Cosmos Walker Affran we know used to be called Nana Sika Bosom he advertised his works on several radio stations in Eastern Region.

Nana Sika Bosom allegedly duped a woman from Akropong he promised to double her money and was arrested by this social media user who took him to Agona Swedru Police Station.

After he was released on bail, he was rearrested for duping someone else and was arrested in Takoradi. The User with the name King Grand insisted Prophet Cosmos Walker Affran is not only a fake prophet, but he was also a fake fetish priest when he was parading as one.

Cosmos Walker got Ghanaians talking in 2018 after he prophesied after Ebony Reigns death that Shatta Wale is next to die. He went on to drop wild prophecies.

Interestingly, none of them manifested only his recent prophecy about Ethiopian Airline plane crash seems to have come to pass.