Reason why BoG closed down Nduom’s GN savings and loans 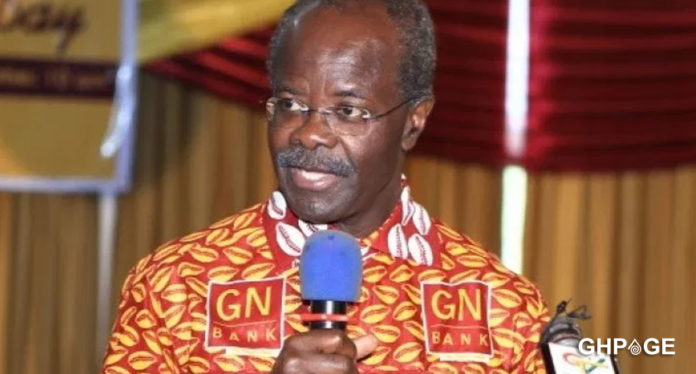 Earlier on, Ghpage.com reported that the license of GN savings and loans belonging to PPP flag bearer Papa Kwasi Nduom has been revoked by Bank of Ghana.

In this explainer, we shall analyse the reasons why BoG made the decision to pull the plug on the struggling financial entity.

On 4th January 2019, the Bank of Ghana approved a request to reclassify GN Bank from a universal bank to a Savings and Loans company following its inability to meet new required minimum paid-up capital of GH¢ 400 million by 31st December 2018. The reclassification was to among other things enable the institution to downsize its operations and also inject additional capital to resolve the acute liquidity challenges it was confronted with. The Bank of Ghana subsequently appointed an Advisor to GN to assist in the reclassification process.

The Bank of Ghana has reached the conclusion that GN is currently insolvent under section 123 (4) of the Banks and SDIs Act, 2016 (Act 930), being in breach of its key prudential regulatory requirements. Its Capital Adequacy Ratio (CAR) is currently -61%, in breach of the minimum required of 13%.

It is also facing a severe liquidity crisis with numerous complaints received by the Financial Stability Department of the Bank of Ghana from aggrieved customers who have been unable to access their deposits with the institution for the last several months. What is more, it has consistently failed to meet the minimum cash reserve requirement of 10% of its total deposits, since the end of the first quarter of 2019.

GN’s shareholders have failed to restore the bank to the required regulatory capital and liquidity levels in spite of long-standing promises that new capital was expected from foreign investors.

While GN has indicated that government owes it a total amount of GH¢942.98 million of which GH¢102.73 million represented Interim Payment Certificates (IPCs), the Bank of Ghana’s assessment is that IPCs totaling GH¢30.33 million only have been confirmed by the Ministry of Finance as at 6th August 2019 as owed to contractors that may be indebted to affiliates of GN.

The Bank of Ghana’s supervisory assessment shows that even when the total outstanding IPCs amount of GH¢30.33 million was considered, it still did not address GN’s capital deficit of -GH¢683.66 million must be noted that GN’s insolvency problems are largely attributable to overdraft and other facilities it extended to its related parties who are other companies in the Groupe Ndoum network of businesses, under circumstances that violated relevant prudential norms.

Of particular interest are the funds totaling GH¢761.55 million that GN Bank as it then was, placed with its sister companies Ghana Growth Fund (Gold Coast Advisors) and Gold Coast Fund Management Limited (now Blackshield Capital Management), both licensed by the Securities and Exchange Commission.

Some of these funds were used by the two related parties to pay their customers whose investments with them had matured, while some were also used to fund road and other contractors, who claim to have worked on Government projects.

It is important to note that the IPCs claimed by GN are not supported by transactions that were entered into directly by GN and such contractors or Government and its entities. They reflect transactions entered into by Ghana Growth Fund or Gold Coast Fund Management with these contractors using funds taken from GN under circumstances that violated prudential norms.

The failure of the two related parties to pay back these funds to GN affected GN’s capital position, leading eventually to its insolvency and acute liquidity challenges documentation to support such transfers in breach of section 19 of the Foreign Exchange Act 2006, Act 723, Section IV of Bank of Ghana Notice No. BG/GOV/SEC/2007/4, and subsequent Bank of Ghana Notices issued in August 2014 prohibiting such practices.

The company is yet to publish its 2018 audited accounts contrary to section 90 (2) of the Banks and Specialised Deposit-Taking Institutions Act, 2016 (Act 930). Furthermore, the company did not keep accounting records in a manner that gives an accurate and reliable account of the transactions of the company, and did not therefore show a true and fair view of its operations.

GN has suspended operations in seventy (70) of its branches including the Head office branch at Asylum Down and Castle Road branch, and temporarily suspended its entire management team without the approval of the Bank of Ghana contrary to section 25 (2) of the Banks and Specialised Deposit-Taking Institutions Act, 2016 (Act 930), mainly as a result of its insolvency and liquidity challenges.

These are the reasons why Bank of Ghana felt it was necessary to revoke the license of the GN Savings and Loans.