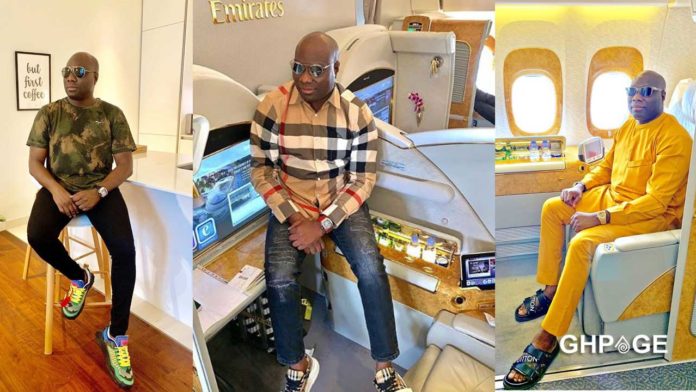 One of Nigerian’s young millionaires Mompha real name Ismaila Mustapha recently got on the bad with the law after he was arrested by Interpol in collaboration with the EFCC.

Though the police have confirmed his arrest, they are yet to disclose what actually moved them to arrest the rich young man.

Well, trust social media users as some of them have in-depth knowledge of what actually is the cause of arrest on the Dubai based and Bureau De change King Mompha.

According to a twitter user with the handle @osinOlugbenga indicated that Mompa escaped from Interpol arrest to secretly sneak into Nigeria but they tracked him down to arrest him.

“Mompha escaped from Interpol arrest in Dubai and he flew to Nigeria secretly. He was tracked through his airline ticket and on Interpol request, he was arrested by EFCC on a $5m internet scam”.

Another tweep with the handle @EFekoko confirmed the first story stating that Mompa after defrauding some $5 Million on the internet got wind of the Interpol plan to arrest him and had to run back to Nigeria secretly not knowing that the Interpol could track him. 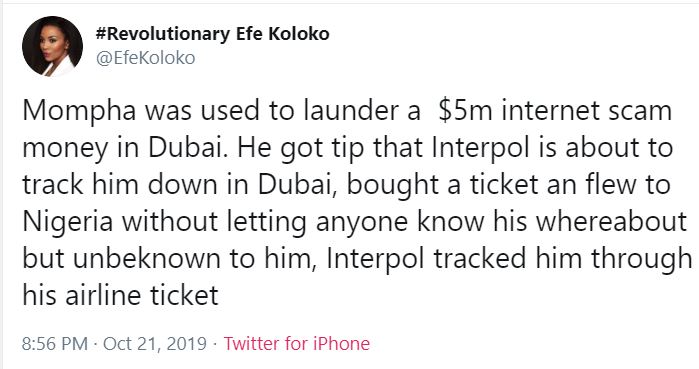