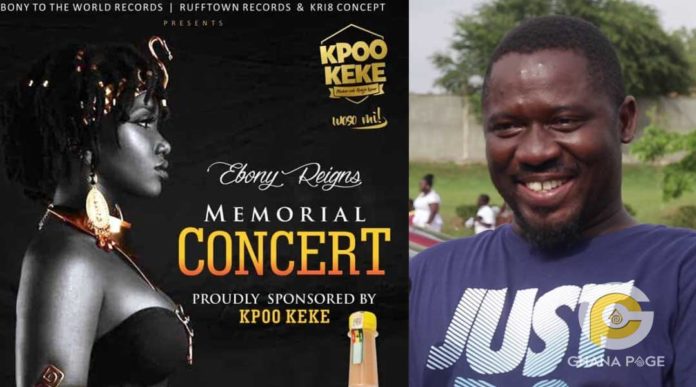 The official One year anniversary concert of the late Dancehall artiste Ebony Reigns came off some days ago with many describing the program as a flop because of the incidents that happened on the night of the event.

The newest person to add his voice to the concert is Mr. Afotey Mensah who is one of the managers of Liberty Industries Ventures, producers of popular alcoholic beverage Kpoo Keke.

According to Mr. Afotey, prior to the concert, members of the planning committee for the concert approached them to offer their support to the upcoming concert but they were a little skeptical to support the show because they had some concerns that had to do with celebrities which popped up in the media space after Ebony’s funeral last year. 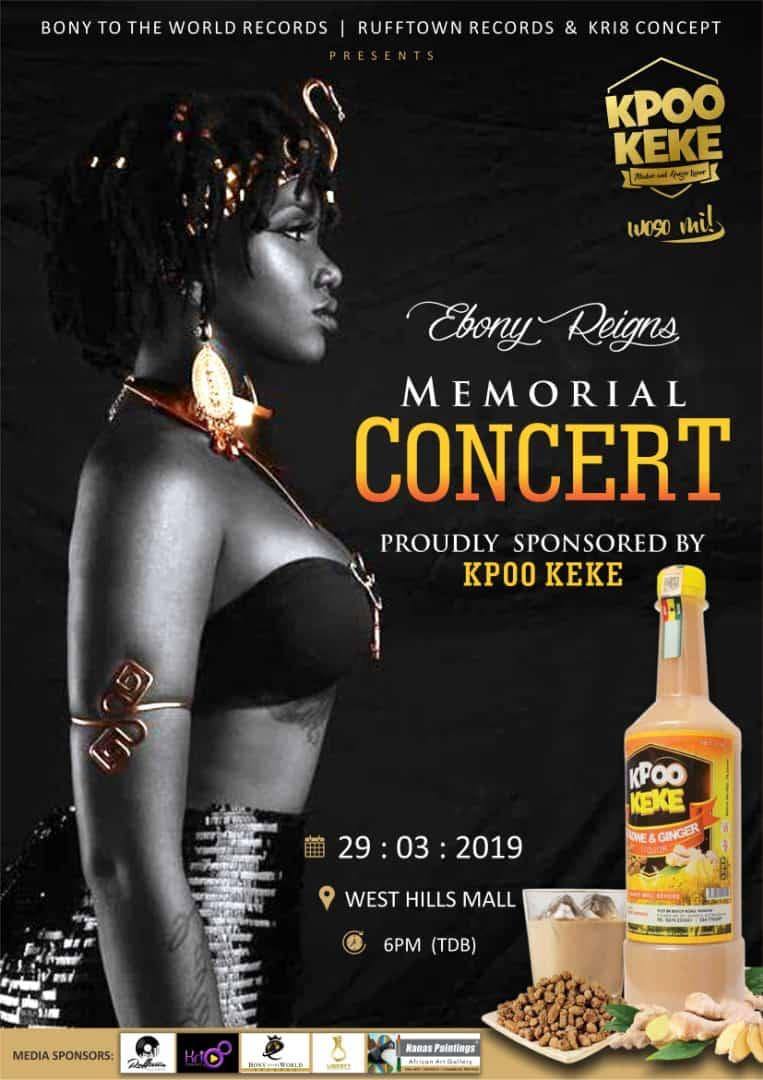 He went on to state that his outfit was assured by the committee that nothing of that sort was going to happen. But the realized on the day of the event that all the assurance given them was a lie.

Mr. Afotey speaking with Zionfelix revealed that on the day of the event they got to know that the amount given to the organizers for the concert was not used at all.

He added that even though his outfit gave out money for publicity on various media channels, they saw that little was done in connection to that as well.

He concluded that they are already in talks with the planning committee to get a refund of their money and that if they fail to pay them, they will proceed to court.