Rev. Obofour shows off his fleet of cars 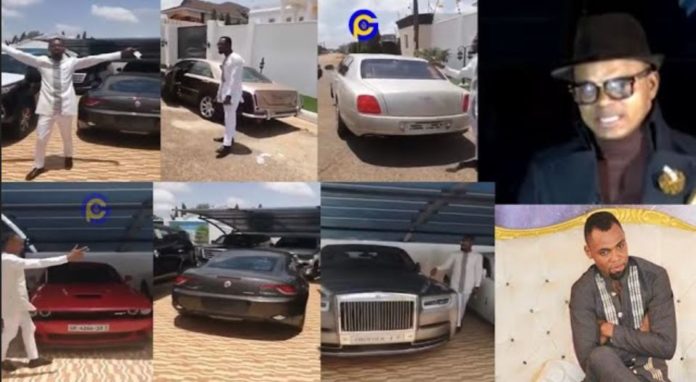 The leader and founder of Anointed Palace Chapel (APC) Rev. Obofour has shared a video of the fleet of cars he has in his garage to shame doubters.

Rev. Obofour who is considered to be one of the richest or if not the richest pastor in Ghana currently last week shared cars to some celebrities to celebrate his mum’s 60th birthday.

Those who received the cars include the likes of Kumawood actresses Christiana Awuni and Akyere Bruwaaa, Gospel musician Bro.sammy who received a Camaro worth GHC 3.2 billion and a former junior pastor of Bishop Angel Obinim. 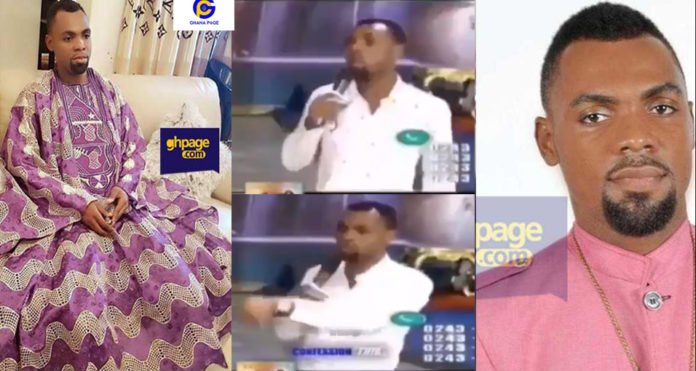 After the video went viral, many have doubted if truly the man of God has so many cars as he always claims whenever he is giving out any of his cars.

Others are also of the view that it’s a planned thing he does with the celebrities just in other to get more people to his church as well as get people to talk about him.

In the video shared and obtained by Ghpage.com, Rev. Obofour is seen showing off all his cars numbering about twenty which includes Rolls Royce, Benz, Land Cruisers among other expensive cars.

In the video, one can hear the preacher bragging about owning all the cars to himself whiles pointing and hitting on them.

Even though the preacher confirmed he is showing off the cars to shame his enemies with mentioning names, social media users are of the view that he is trying to mock Bishop Angel Obinim since he disowned his junior pastor for receiving a car from Rev. Obofour.