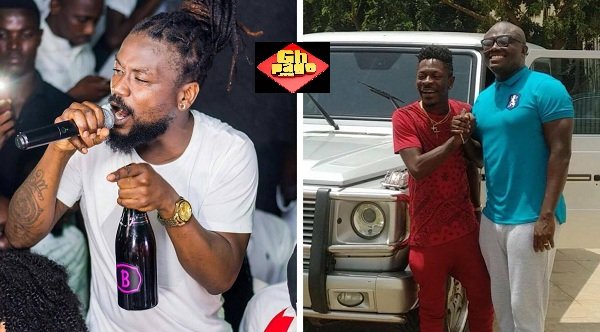 It appears Ghanaians have not heard the last of the aftermath of the S-Concert. Issues after issues keep coming out.

Ghpage.com reported a few hours after the S-Concert that Samini could not perform despite being present.

SEE DETAILS: Video: Samini was at the S Concert but did not perform – This Is Why

Samini explained that the organizers of the show as well as Shatta Wale intentionally sabotaged him and prevented him from mounting the stage.

Apparently, Samini was supposed to perform at 1:30 AM but Shatta Wale was on the stage till 4:00 AM. He, therefore, abandoned the show and apologized to his fans on social media.

SEE ALSO: S-Concert: This Is Why Ebony Reigns Did Not Perform Despite Being Present

Well, a new report Ghpage.com has received reveals that Samini and his crew diabolically made plans forcefully pull Shatta Wale off the stage to give their artist the chance to also performed when Shatta Wale overstayed his time.

In a video captured which you can watch below, Samini and his boys can be heard making plans to pull down Shatta Wale from the stage.

Fortunately, their plan didn’t succeed. If it had, Ghana would have face the worse celebrity beefs ever.