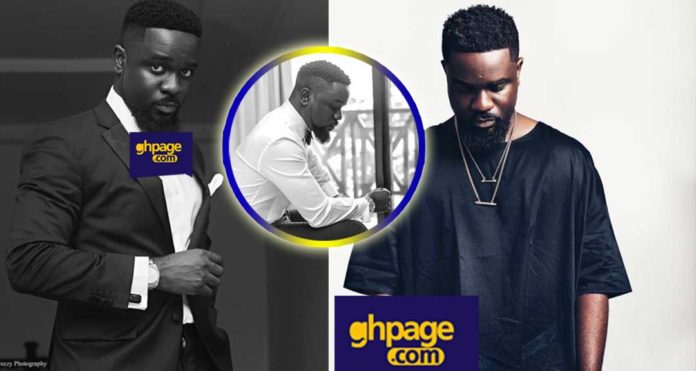 Sarkodie’s lawyer, Mr. Moses Foh-Amoaning has reacted to the news that Sarkodie has been invited by the Criminal Investigations Department (CID) of the Ghana Police Service in relation to buying a stolen car in 2013.

According to the reports, Sarkodie was invited by the CID in relation to a stolen car in 2013 which he honored the invite on his own. He was interrogated and later granted bail in the presence of his lawyer.

According to the police said Sarkodie had assigned his agents to register his Infinity saloon car at the Driver and Vehicle Licensing Authority (DVLA), but it turned out that the police had been looking for that vehicle for some time now because it was a stolen car.

According to him, while Sarkodie’s agents were going through the registration process, DVLA officials realized that the said car had been reported stolen and so they alerted the police.

ASP Darkwa said based on the information from the DVLA, Sarkodie was invited to the CID Headquarters to assist in investigations.

Reacting to the news, Mr. Moses Foh-Amoaning explained that Sarkodie bought the car in 2013 for Gh?30,000 from Ishmael Amponsah, also known as Papa. But he had no immediate use for it so kept it at his garage from 2013 to date.

Sarkodie’s lawyer explained that Sarkodie recently signed a new artist and he gave the car to his agents to register for his new artists.

Meanwhile, when Sarkodie’s lawyer, Mr. Moses Foh-Amoaning, was contacted, he denied the police claim and explained that in 2013 the rapper had bought an Infinity saloon car from one Ishmael Amponsah, also known as Papa.

He said at the Auto Theft Unit, the two were shown a petition written by Dominic Afful, who is Papa’s brother-in-law claiming ownership of the car.

He said Papa, who is now in the United States of America (USA), called the police to explain to them that the car had been brought down to Ghana by his brother whose name he gave only as Johnny but that it was cleared at the Tema Port by Afful, who is married to Papa’s sister.

He claimed that Afful was annoyed that his wife had conspired with her brother, without his (Afful’s) knowledge, to sell the car and so he reported the matter to police.

Meanwhile, Sarkodie has informed Papa that he is no more interested in the car and Papa has agreed to refund the money. But Papa told the police it’s a family issue which has been resolved.

Mr. Moses Foh-Amoaning denied Sarkodie being invited to the police headquarters as earlier reported in the media.