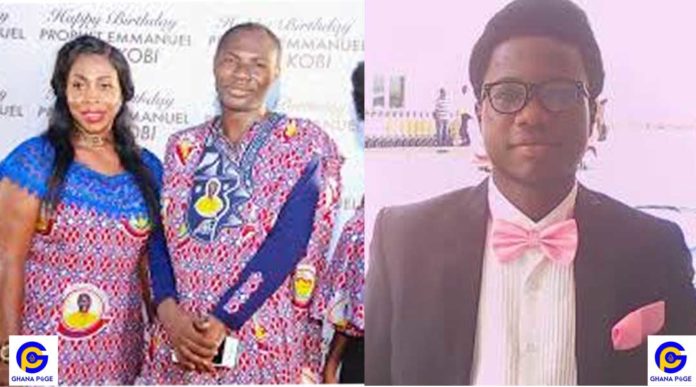 According to Prophet Cosmos, the wife of the founder and leader of Glorious Wave Ministries International Prophet Emmanuel Badu Kobi will soon pass away.

The controversial man of God, as usual, revealed this prophecy through a Facebook post and urged Ghanaians to pray to avert the death prophecy. 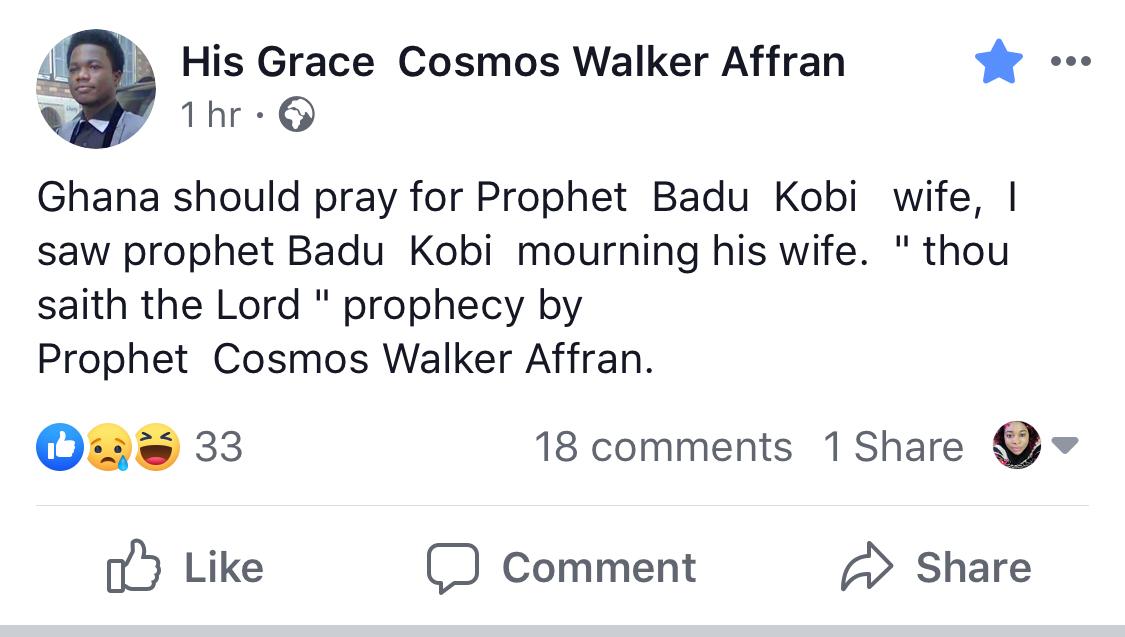 According to him, Stanley popularly known as KOD will be shot dead at the homecoming party of the CEO of Menzgold, Nana Appiah Mensah.

Prophet Cosmos Walker is also popularly known for predicting the Ethiopian plane crash that cost the lives of over 150 people.