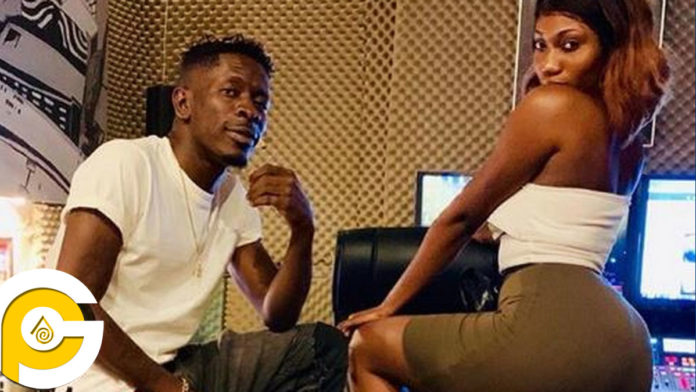 Ghpage.com sometime last month reported that Rufftown records Signee had acquired a Jeep Wrangler. Her purchase of the luxurious vehicle came at a time when she was being heavily trolled for listing iPhones, iPads and Cameras as assests she has gained from making music.

The singer purchased the Jeep Wrangler to silence critics who trolled her for not being able to acquire any worthy property from making music.

Well, the singer has  been spotted flaunting the car on social media. Reacting to her new purchase, SM boss, Charles Nii Armah Mensah took to his Twitter account to congratulate Wendy Shay for her acquisition.

“Like hubby like wifey Oya !! Show dem how to do it !!My babe just bought herself a Jeep Wrangler with her name customized on it !!! Shay gang !! “

To which Wendy Shay replied;

Here is the photo of Wendy Shay flaunting her newly acquired Wrangler. 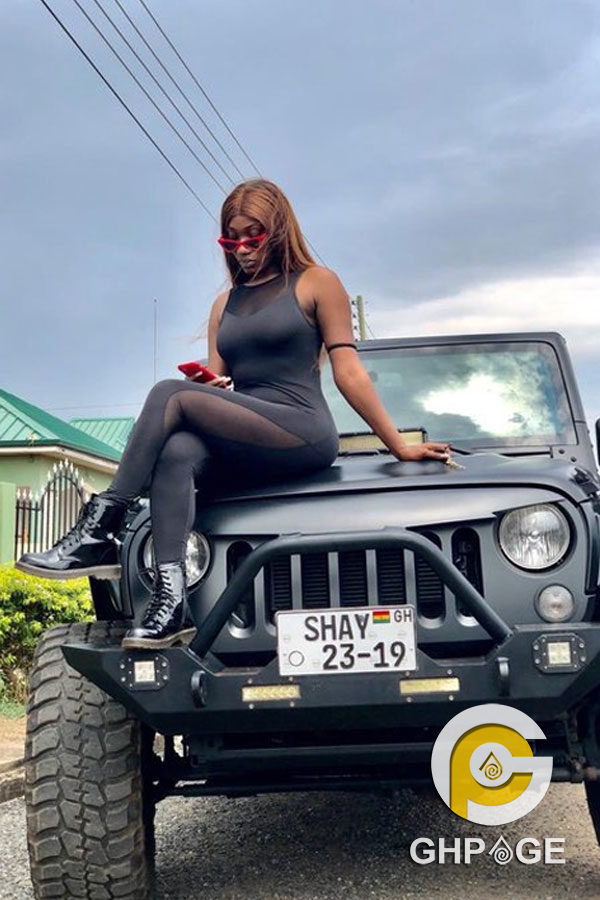