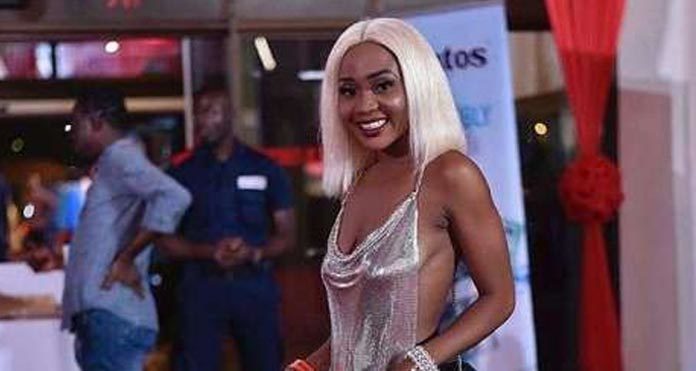 Rosemond Brown aka Akuapem Poloo has become the latest person to lash out at self-acclaimed dancehall king Shatta Wale for his actions at the just ended Vodafone Music Awards held at the Dome.

During the awards show, Bhim Nation President after been called as the Dancehall Artiste of the Year went on stage to take the award but during that time Shatta Wale and his followers stormed the stage which led to the altercation.

After the incident, several artistes and Ghanaians took to their social media platform to express their anger at Shatta Wale for disrupting the 20th-anniversary celebration of the awards.

Also Read: Ghanaians support Stonebwoy because he is a cripple – Shatta Wale

Akuapem Poloo who was also at the venue has recorded a video in which she has also blasted the “Gringo” hitmaker for his actions.

According to her, she is really disappointed in Shatta Wale for putting up such an attitude on stage saying he is a villager and who couldn’t comport himself for just a small event like the VGMA.

Shatta Wale if his tweet is anything to go by, has stated that he is now quitting music to venture into real estates business.