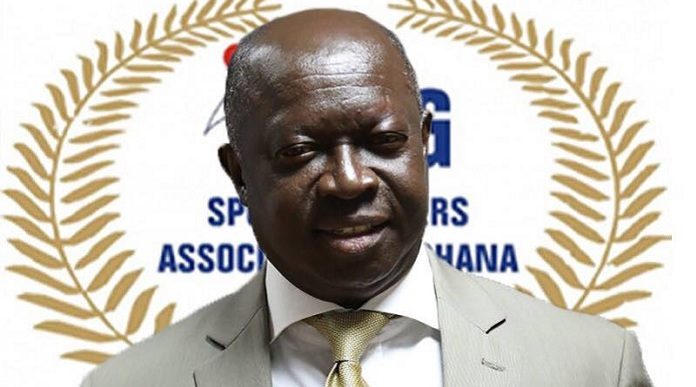 Ever since Ana premiered his GFA corruption Exposé which has the Mr. Kwesi Nyantakyi, the Ghana Football Association president who just resigned, the media have been rife with news that veteran sports presenter, Mr. Kwabena Yeboah will be appointed according to sources close to the government to take over the management of Ghana Football.

Anas premiered his GFA corruption investigation video nicknamed Number 12 last week and Mr. Nyantakyi was captured in the video taking a bribe of 65,000 US Dollars to influence decisions at the FA.

Also, his grand master plan to rob his own FA and to bribe high personalities in Ghana including the president of Ghana in order to land his potential investors huge contracts was exposed in the video.

Already the government of Ghana has revealed they are taking steps to dissolve the FA. FIFA has also given Nyantakyi a 90 days ban from all football activities. Kwesi Nyantakyi did the needful and resigned from his position as the GFA president last Friday, 8th June 2018.

Ghanaians are still pondering on who will take the top job in the sports fraternity in Ghana with many stating emphatically that the job will go to Kwabena Yeboah. Well, he has spoken.

In an interview with Accra-based Ezzy FM, Kwabena Yeboah revealed that he has no interest in becoming the GFA president anytime soon. According to him, he has received such calls but he believes that there are several ways of supporting the football administration in Ghan without necessarily becoming the president of the FA

“I have heard news going around that I’ve been appointed the new FA President. I have had lots of calls in that regard.”

“It’s not something I want to do… We have different roles to play. You do not necessarily have to be the FA President to serve your nation within the footballing context.

”There are personalities I believe, who can do it. Kudjoe Fianoo, the now GHALCA President, for me is very very efficient. George Afriyie is there he can do it.

”If they go outside the clubs, personalities like Herbert Mensah can easily do it but I do not think I’m ready for that job,” the veteran sports presenter added.