The story of Kuami Eugene -(Before the fame)

Kuami Eugene is a Ghanaian highlife and Afrobeat singer and songwriter signed to Lynx Entertainment.

His interest in music led him to sing in church from a young age where he also learnt to play the drum, keyboard and guitar.

He is currently considered as the ‘Rock Star’

Kuami Eugene lived in one of the most popular slums in Accra, Fadama but that didn’t prevent him from becoming a star.

Kuami Eugene in an interview disclosed that he dropped out of school to pursue music. According to him, he ran from school to the studio located in the Eastern Region without informing his mother and school authority.

He was dispelled from school after the school administration found out that he sneaked out from school.

He recorded lot of gospel songs which includes Asem Bi, Heaven, I am free, No Jesus no life, Nobody else, Nana Nyame among several others. 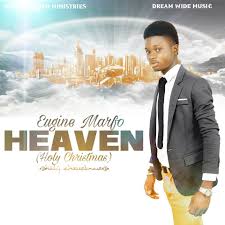 Kuami Eugene rose to fame after he participated in the MTN Hitmaker Season 5. He was discovered by CEO of Lynx Entertainment, Richie Mensah and signed him unto his record label.

He showcased his musical prowess to the world with outstanding performances.

The young and vibrant musician has won several awards which include, High life Artiste of the year and Song of the year at the 2018 Vodafone Ghana Music Awards.

Kuami Eugene can be regarded as a strongly religious person which influenced his voice and music production.

He is currently one of the fast-rising musicians in Ghana and he is now a household name in the music industry.

He has many songs to his credit such as Confusion, Angela, Wish Me Well, Aku Shika, Walaahhi, Rewind which features label mate, Mzvee.