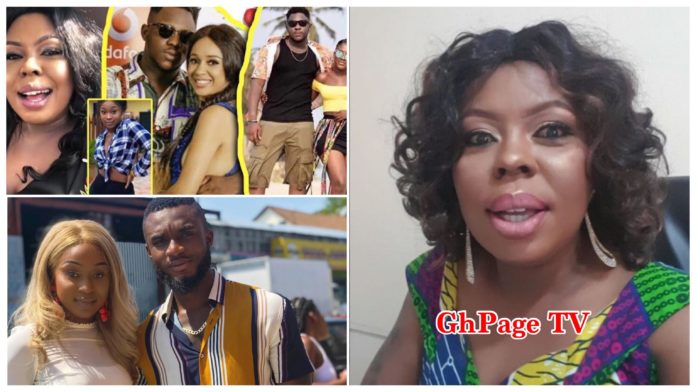 Controversial Actress, media personality and comedian Afia Schwarzenegger originally known as Valentina Nana Agyeiwaa have advised Fella Makafui to sue her ex-boyfriend for taking the cars he gave to her saying the act was unlawful.

This is as a result of a video that went viral on social media showing the ex-boyfriend of Fella Makafui seizing the Range Rover and convertible sports car with a customized number plate “FELLA 1 2018” he bought for her.

“If a man offers a gift to you such as a car, ask him for the original papers. Probably it is a stolen item which you can be arrested if the Police find out. I spoke to my lawyer and he explained that such an act is unlawful“, she added.

Afia Schwar also advised young ladies to be very vigilant when in relationships so no one takes advantage of them.

She advised that “any man who promises to marry you and introduces you to three people making his intentions known to them and dumps you after three months, you can take him to court. Its a law, you can take someone to court on breach of promising of marriage. Slay queens will not know this because it is not in makeup, it is in books”

She also advised Efia Odo and Sister Derby to take the bold step and take their partners (Revloe and Medikal) to court and sue them so the law can deal with them.

ALSO READ: Fella Makafui angry ex-boyfriend takes away the car he bought for her