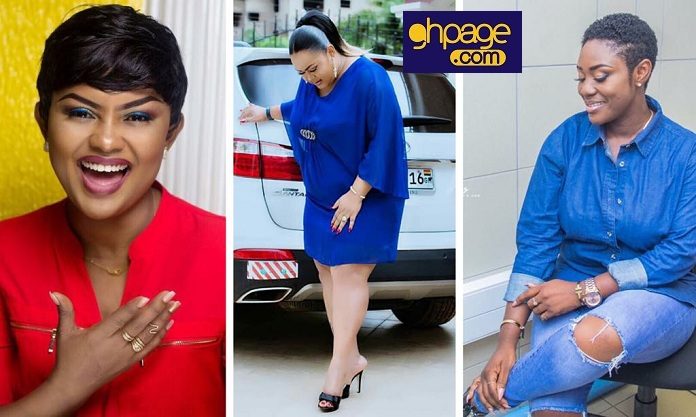 Kumawood star actress and the mother of two, Vivian Jill Lawrence on several occasions has disclosed that she is one of the richest actresses in Ghana.

Monitored by Ghpage.com, the actress first made that revelation on “Anigye Fie”, a TV show on RTV when they visited the actress in her house at Santasi in Kumasi.

In that interview, properties of the actress were shown in the about “50 minute’s interview”. The actress on that same show revealed how she started her acting career, her business aside acting and the source of her worth.

The second time Ghpage.com spotted the actress speaking about her wealth and how rich she is, was in an interview with delay when the Delay Show train arrived in the Garden City months back.

Ghpage.com did an extensive article on her wealth, Read it here > Photos: Kumawood actress, Vivian Jill Lawrence shows off her cars, house, and other properties—Also reveals she is one of the richest actresses in Ghana

Nana Ama Mcbrown is the richest Kumawood actress today, Ghpage.com can state.She doesn’t hide her wealth and how much God has blessed her.

Nana is the highest paid Kumawood actress.And have starred in over 200 movies. The 43-year-old actress, singer, and comedienne is in her prime of her career and still getting all the endorsement deals.

She is the most successful actress, appealing to both sides of the Ghanaian movie industry (Kumawood and what they call Ghallywood), Nana Ama has been scoring high points with brands as well.

Her endorsements cut across beauty products, food, and home appliances. They include GOtv, Colorado, Hisense, Calorad Africa and more!

READ ALSO: A-List Ghanaian Artists Who Are University Graduates, The School they Attended & Their Certificates

Nana Ama now drives one of the most expensive latest Benz in town.