Trigmatic finds Jesus; He is now a pastor at Potter’s Family Chapel 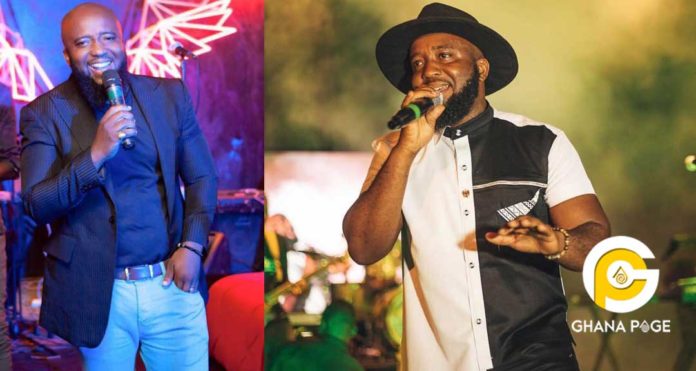 Nana Yaw Oduro Agyei, popularly known as Trigmatic is a Ghanaian musician who is well known for his lyrical prowess. He was recently involved in a near-death accident when his car crashed into an abandoned track on the Takoradi Accra Highway.

Trigmatic has just revealed that he has found Christ and he is actually a Youth pastor at his church, Potter’s Family Chapel in Accra

According to Trigmatic, he is very influential in Ghana and he will use that influence to win souls for God and impact people positively.

Speaking to Afia Pokua on “Vim Talk”, Trigmatic revealed that “man was created in life for two things; to serve God and to serve mankind” and he intends doing just that to glorify his name.

When asked why he chose to be pastor, Trigmatic told Afia Pokua he has served mankind with good music, it’s now time to serve God.

“I have to be able to serve God. I am a very influential person, so if I can’t use my influence to impact people positively, or towards God, then what is the point of it?”, Trigmatic added.

Touching on his nominations in the recently held 3music awards, Trigmatic revealed awards are very important since that is what will be used to judge your contribution to the industry some years to come.

“awards are essential to the point that one day we can refer to them as a reflection of the quality of the job we did,” he said.

SEE ALSO: Nigel Gaisie sleeps with small girls at his church; he is fake-Neighbor

His reservations, however, are on the controversies that surround how categories are selected and called on organizers to clarify things better next time. Trigmatic is set to drop another album he calls the “8th Element”.nt