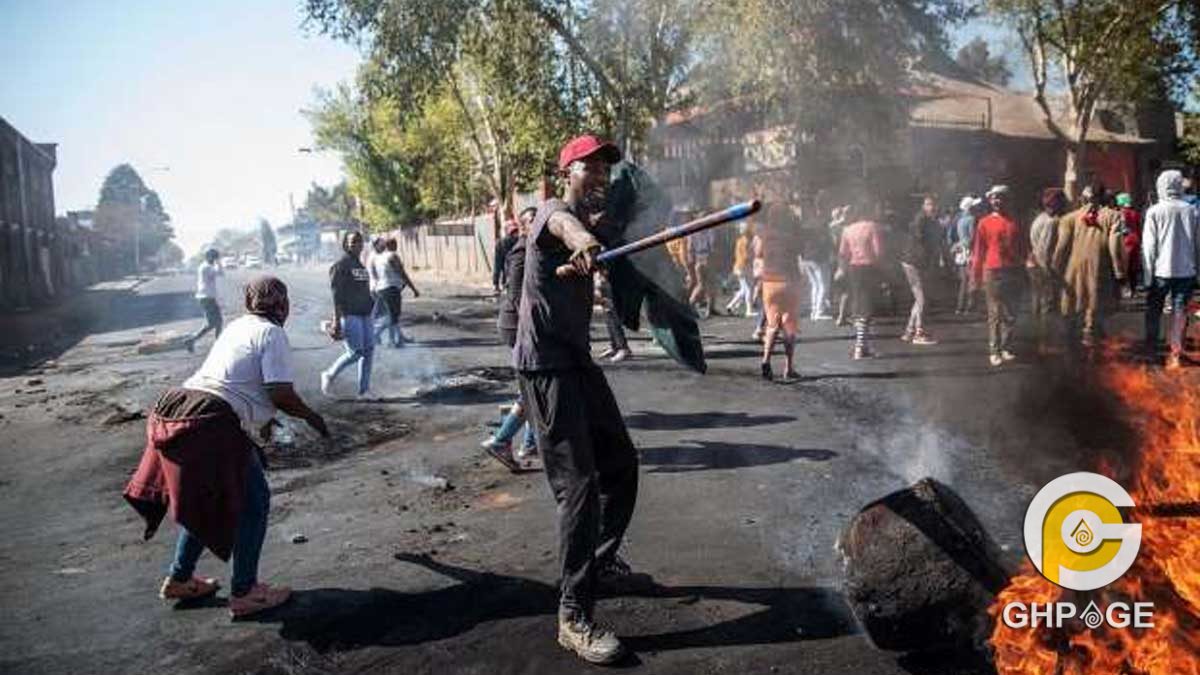 It was thought that the recent xenophobic attacks and protests against foreign African nationals living in South Africa has quieted down however, recent developments seem to prove otherwise.

According to the President of the Nigerian Union in South Africa, Adetola Olubanjo, two foreign nationals, have been stabbed. He however added that he couldn’t pin point their nationalities as police have not released their identities.

Narrating the incident, he said;

“It’s confirmed that two people were stabbed by MTN Taxi Rank and Jeppe Road in Johannesburg Central Business District and we have informed the Consul General of Nigeria in Johannesburg and the Police in Jeppestown.

“I’m not sure (of their nationalities) as the Police have taken them to hospital. Their identities were not disclosed. The Police are using rubber bullets to disperse them,”

He added that they had a meeting with the Police Minister yesterday. The police minister was supposed to address the situation., At the meeting a South African activist by name, Mangosuthu Buthelezi, addressed the South Africans present asking them to be peaceful. According to him, a huge nimber of the protesters just stormed out angrily.

“Now, they are chanting ‘Foreigners must go,’ with some dangerous weapons in their hands. They have moved from Jeppestown to Braamfontein, even to the CBD Taxi Rank in town. Though we have been monitoring the incident for the past three hours now, Police have not been able to disperse them.

“Our fear is that they may start looting again in the night. We have sent an alert to Nigerians immediately. We used our various social media platforms to do that. We sent it to our structures and the entirety of Nigerians. Most Nigerians are aware of this by now because there are photos and videos, and it is also televised by SABC“

Netizens bitterly wept after videos of the recent killings, looting, burning and destruction of properties owned by foreign nationals living in South Africa surfaced online. Most of these properties, cars, businesses and homes belonged to Nigerian citizens in South Africa.

These violent lootings and killings have deeply incited Nigerians to retaliate against South African businesses in Nigeria.