Video: See Moesha’s Incredible Transformation From A Flat A$$ Girl To The Huge Backside Slay Queen 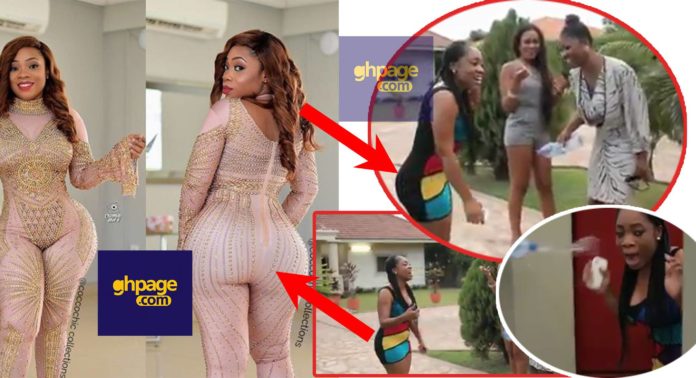 Just some few days ago, Moesha’s own friend Abena Moet exposed and confirm rumours that she has undergone surgery to lift her b00bs and a$s. Now a photo of when she was undergoing the lipo surgery has popped up on social media and spreading like wildfire.

According to Abena Moet, she did not undergo the surgery in the USA as many people think but rather at Doctor Obengfo’s Clinic. She further revealed that she has been operated on 3 times and she often goes for check-ups.

READ ALSO: This Throwback Photo Of Moesha Causes Social Media Users To Wonder How She Has Transformed So Much

A photo of her was published yesterday which puts her back in the day (throwback) body against how she looks like today. The comparison shows Moesha was once just an ‘ordinary’ girl with very little of the current curves she has. 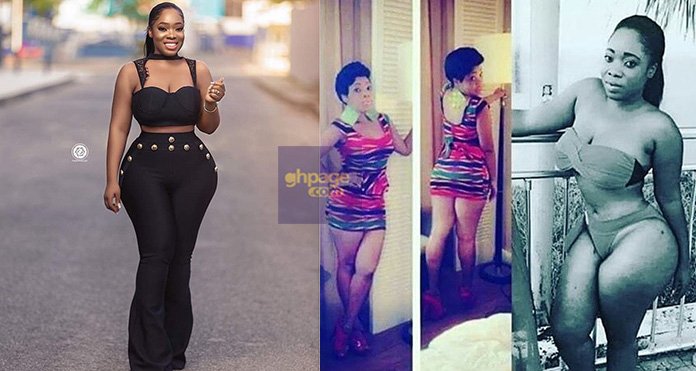 When Ghanaians were outrage with her BBC interview, veteran Ghanaian actress, Grace Omaboe popularly known as Maam Dokono revealed that even the butt Moesha is using to snatch people’s fathers is actually fake. Maame Dokono in an interview said:

READ THIS: Photo Of When Moesha Boduong Was Having Her A$$ & B00bs Surgery Pops Up On Social Media

“Moesha’s butt is even artificial because I have heard that she had to go through surgeries to have it like that and instead of doing something meaningful for yourself, you rather using your butt to sleep with men for money. It’s a bad practice”.

We have a video to show to you to prove why we believe what Maame Dokono said. In the video, she is seen with fellow actress Salma Mumin where the two have the same size of a$$ but it seems Moesha’s backside has gained weight over the years and we wonder why such change can happen within just two years of her life.

Watch the video below and see for yourself…

READ MORE: Is Nana Ama Mcbrown Forcing Her Young Husband To Love Her? This Video & Photos Prove So [Details]

Moesha Boduong body is FAKE!! See this yourself.