It was all a movie? Mother-in-law apologises to Mmebusem 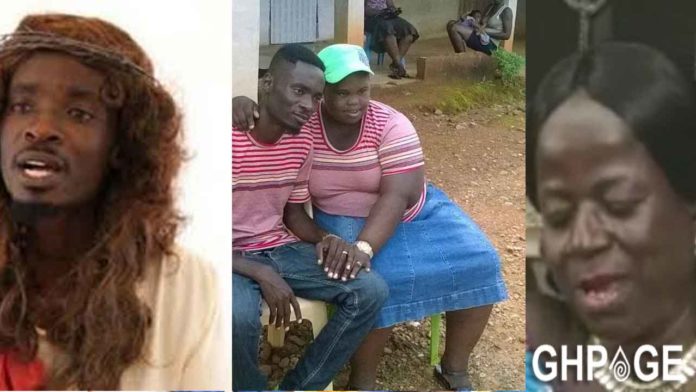 The so-called mother-in-law of popular Kumawood comic actor Mmebusem has rendered an unqualified apology to him for tarnishing his image.

The supposed mother-in-law identified as Sarah Abena Sarpomaa explained that she has never been to America but she is an actress.

According to Madam Sarah, anything she said against Mmebusem was written by her director but not her own will.

She stated that she wouldn’t have acted the scene if she knew it was going to damage Mmebusem’s reputation.

Madam Sarah in tears apologized to the comic actor and also to Ghanaians for throwing dust in their eyes all in the name of a movie.

In an interview with Kofi TV, the real mother of Mmebusem’s ‘wife’ identified as Afua Serwaa revealed that she was approached by Mmebusem and his team about featuring her daughter (Abena Boatemaa) in a movie.

She added that her daughter, Abena Boatemaa is just 19 years who is not married and has also not given birth to twins.

This comes after a woman who claimed to be the mother-in-law of Mmebusem revealed that the actor has neglected and denied his wife after he became famous.

She claimed she bought a house, car and also paid for all the wedding expenses but Mmebusem has neglected her daughter.