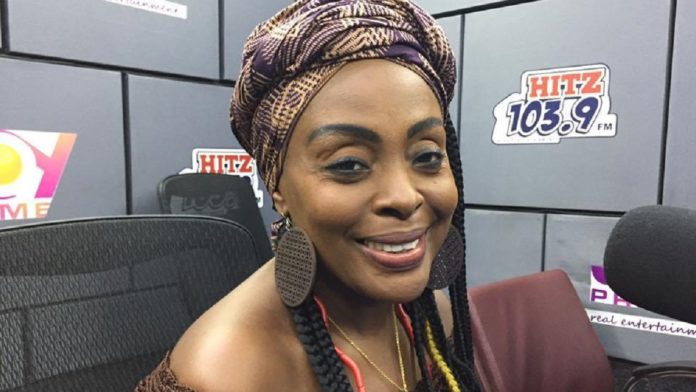 Veteran Ghanaian female highlife artiste, Akosua Agyapong has shared her sentiments on the way music awards are given out in Ghana.

According to the “Frema” hitmaker, she has been churning out good music for the past 30 years and deserves to be appreciated.

The veteran musician stated that she has not been celebrated enough in regards to her contribution to the entertainment industry.

“I have been performing for 30 years, I still go on stage with the young ones and by the grace of God, I think I can stand them.

I think awards should be given to artists that have been able to entertain people for so many years.

There should be special awards given to veterans on what they have been doing. Honestly speaking, seeing the way awards are given in Ghana, it’s questionable. I don’t think I am not being celebrated enough”, Akosua Agyapong stressed.

Akosua Agyapong began singing at an early age and was discovered by highlife artiste Nana Ampadu in the 1990s.

She is regarded as a highlife legend. Her first album was, ‘Frema’ which was released on January 1, 1990. The ‘Frema’ album had songs full of inspirational like ‘Me ye Obaa’ which became an instant hit ‘, ‘Born again’, ‘Anan tuo’, ‘San be hwe wo mba’ among others.