The slaps, blows and Further details on why Sarkodie couldn’t perform in Dubai (Video) 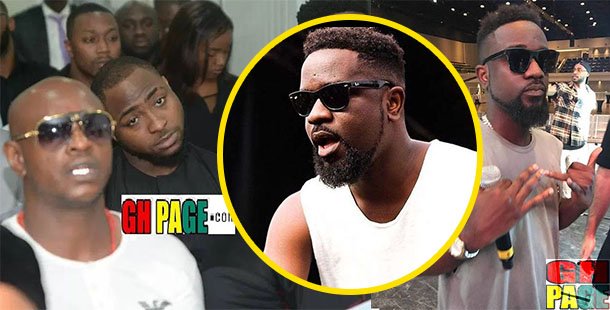 Ghpage.com has already reported that violence broke out between the crew members of Davido and Wizkid after the show where Sarkodie was attacked when he intervened. WATCH VIDEO

Well, new information coming up has revealed that the appeared to be more unstable violence and disrespect among the artists on the bill. This lead to the situation where Ghanaian rapper Sarkodie even refused to perform last night, Thursday 16th at the One Africa Music festival in Dubai.

Neither Sarkodie nor the organizers of the show have put out an official statement as to what really happened for Sarkodie to bow out of the show.

SEE ALSO: Video: Sarkodie Attacked in a fight between Davido and Wizkid’s crew in Dubai

But chatters Ghpage.com is picking up from the Venue of the Event has it that, Sarkodie was grossly disrespected by the Nigerian artist last night. It was so disgusting that Sarkodie had to bow out of the show.

But annoyingly, Davido repeated exactly what Wizkid did when Tiwa Savage was on stage. Meanwhile, Nigerian artist, Banky W who was the host of the show had informed Sark he was to perform next after Teckno. While DJ Mensah, Sarkodie’ official DJ was setting up, Sark was informed Davido was to perform before him.

SEE ALSO: “You have lights now, instead of using it to find your president’s left kidney, you guys dey here dey insult Wale” – Ghanaians charge on Wizkid fans

The source at the event speaking to Ghpage.com said:

“Truth be told, it was annoying. Sark then realized the turn of events were disrespectful. This happens to be the third time he has been disrespected in the same manner by the Nigerian artistes.He had only one choice and it was to walk out.”

Meanwhile, the manager of Keche George Britton who was at the show took to Facebook to rant about how the Nigerians should be ashamed of themselves for intentionally sabotaging a Ghanaian artist. Touching on why Sark didn’t perform, George posted:

“When Sark was just about hitting the stage, Davido’s guy attacked Black Nana by pushing him to the floor to allow Davido perform. Ugly scenes. Slaps blows, police arrest etc”

In the meanwhile, watch a video of when Sarkodie did a sound check to ensure all was set before the show. Very unfortunate he was disrespected in such a manner.

SEE ALSO: Wizkid isn’t a superstar, I won’t see him and be stunned — Shatta Wale