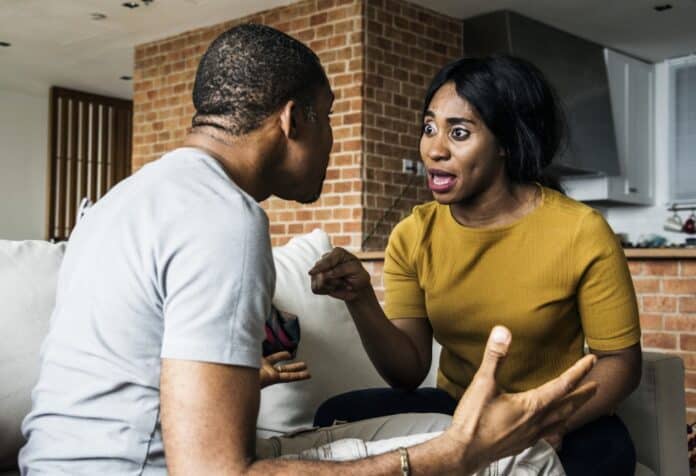 A promising marriage has come to an abrupt collapse just weeks after the union.

Well, the woman packed out of her husband’s home after she was asked to share the bills.

A marriage which the woman thought would be a bed of roses turned into thorns when she was asked to shoulder the responsibilities.

For her, she thought she would be living in a paradise where the man would foot all the bills and make her feel comfortable.

According to the story, the man asked the woman to only take care of 30 per cent of the entire bills while he dealt with the remaining 70 per cent.

Since that was not what the woman had expected, she immediately asked for a divorce.

Read the Full Story below…

“This lady at work told me she left her first husband because he didn’t pay 100% of the bills. He wanted at 70/30 split. Now she’s working 2 jobs. I guess she won’t settle for less.”

Some of the reactions below…

@loistruly said: “Before you mock her, did she have a full time job and was also the only one doing all the domestic work, and yet expected to pay 30% of bills? Was the man basically an absentee father who wanted to eat his cake and have it on both fronts? The only way this makes sense to me”

Instead of the wedding vows, a bride decided to read the cheating texts of her husband-to-be to wedding guests.

The woman had chanced on the texts the cheating fiance had been sending to other ladies even during the period when they were planning and preparing for their wedding.

At the altar, the bride read out her cheating groom’s texts.

The woman, who requested anonymity, expressed to the Australian website Whimn how thrilled she had been to marry her fiancé, “Alex.”

I had been seeing Alex for six years. I knew from away that he was The One. In her essay, she stated, “I assumed we’d live happily ever after; our families became friends; our lives were intertwined.

Her phone buzzed as she was spending her last night alone with several girlfriends. She took it up. She received a slew of screenshots of text messages with the statement “I wouldn’t marry him” from a number she didn’t know. Would you?

The soon-to-be newlywed was concerned about this; she was astonished when she read the messages.

The bride grew upset after finishing her reading.

Days before the wedding, Alex was talking to another lady behind his bride’s back after contacting her for months.