Audio: Finally, Wife exposes Kwadwo Nkansah Lil Win as an Abuser, greedy bastard, a cheat and how she was treated as a slave in their marriage

Take Note: Ghpage.com is not for any political party, a celebrity nor there to destroy or target any person. We are completely independent, self-sufficient entity wholly owned by its operators.We report what we see and we strive to be as transparent as possible.We are tagged as the voice of the voiceless. 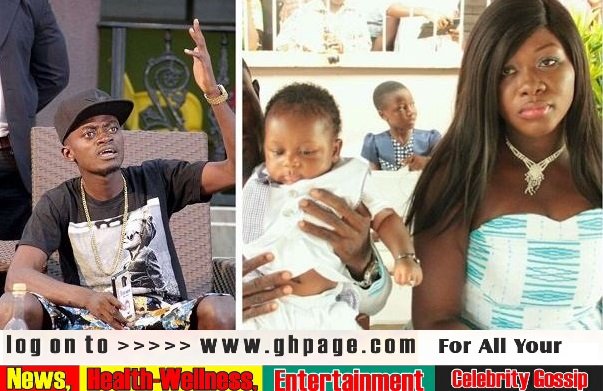 Kumawood actor, Lil Win, known in real life as Kwadwo Nkansah was alleged to have dumped his beautiful wife Patricia Afriyie over cheating allegations.That seems to be untrue according to an exclusive interview Ghpage.com had with his wife.

According to the wife, Lil win is a cheat, a greedy bastard, and a serious pretender who is jealous of the progress of other people.

READ ALSO: Meet The Top Ten Richest Kumawood Actresses In Ghana, Their Net Worth And Their Properties

“Kwadwo is my husband and I know him very well.He hates to see other people progress in life.Left to him alone, everyone will be under him — Doing Yes Sir! Master!” Patricia Said.

Patricia Afriyie, the wife continued to speak about how she was treated in the marriage.She said Lil win before sacking her out of their matrimonial home confiscated the car he had bought for her and changed it into a taxi.

“He decided to give the car to Apuzzo to use as a taxi but as I am speaking to you, the car is still in the house unused.” She added

She continued to describe the Kumawood star as an abuser, autocrat who made her feel like a slave in their marriage.

“When I was in the house, I was worried about a lot of things but because of his(Lil Win) nature, I couldn’t voice out.I was afraid because of the maltreatment.” She continued.

Patricia added that if there is something like winning a gold medal in pretense at the Olympics —Michael Phelps who is the highest gold medal winner will not even come close.

” If I send an issue to the elders, he will pretend in their face — But after they are gone, he will verbally abuse me,” She said

In conclusion, she insisted and consoled herself with the kids she has with him — Referred to them as her only hope she has in this world.

” I thank God my children are not dead. I am better today than when I was with him and in that abusive marriage”

Listen to the exclusive interview Ghpage.com had with Patricia below;

Take Note: Ghpage.com contacted Lilwin for his side to all these allegations, and if today is when he is going to answer our calls, Only God knows.

However, our interview with his was very long and a lot more revelation the wife made.We are releasing the audios in bits.Bookmark the website and keep coming back as we keep revealing them

Share
Facebook
Twitter
WhatsApp
Previous articleTrending: This Photo Of Gifty Anti Kneeling Before Her Husband Has Sparked Social Media Debate On Feminism
Next articleSee Photos Of The Beautiful Wife Of Bola Ray | She Is Exceptionally Gorgeous