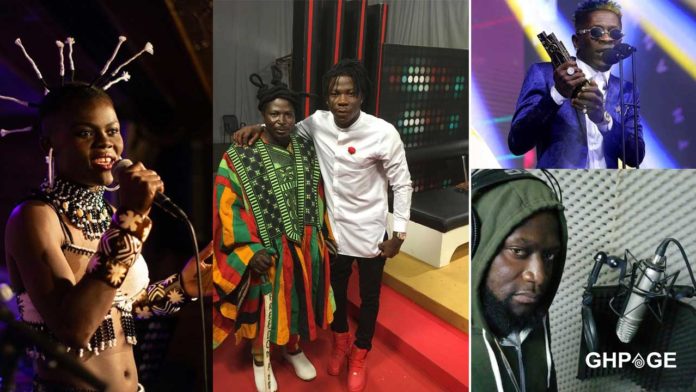 Veteran rapper Paa Dogo has asked Ghanaians to stop seeing Stonebwoy and Shatta Wale as international artistes because out there, they are not known therefore they are just local champions.

According to him, Stonebwoy and Shatta Wale often travel out of the country to play shows in different countries which makes news but the truth of the matter is that those artistes are not putting Ghana on the map like Wiyaala and King Ayisoba.

“The number of times Wiyaala and Ayisoba play shows outside the country is incredible but Ghanaians hardly notice it. I can confidently say that these two artistes are by far popular than Stonebwoy, Shatta Wale or Sarkodie. The A-list artistes in Ghana are local champions.” he said in an interview.

Paa Dogo continued that its high time Ghanaians give the same attention to these artistes putting Ghana on the map rather than concentrating on Shatta Wale, Sarkodie, Stonebwoy and all theses other artistes.

“It is about time we supported artistes such as Wiyaala, Ayisoba, Atongo and other artistes doing real authentic music. By promoting such artistes, we will push Ghana’s name on the world map,” Paa Dogo concluded.