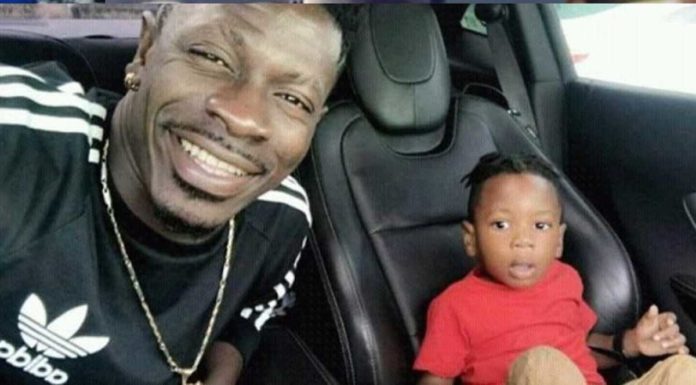 Well, surprisingly the ‘My Level’ hitmaker failed to share his son on social media and Ghanaians are worried.

Shatta Wale shared audio of a new song yet to be released and his fans kept asking him if he has forgotten today is his son’s birthday.

missyidaama also had this to say; “Please have you forgotten it your son’s birthday today”.

Christianhadger reminded him of his son’s birthday. He wrote; “Shatta today’s majesty’s birthday”

flexingboy1 stated; “Majesty di33 we take dash michy lol if he grow he go link up”.

fella_barbia_shee quizzed; “Today is your son’s birthday you will not post him hmmmm”

Shatta Wale and Michy had a fallout recently which resulted in Michy packing out of their house with son, Majesty.

He recently revealed in an interview that he hasn’t set his eyes on his son for almost five months since Michy has kept him (Majesty) away from him.

Share
Facebook
Twitter
WhatsApp
Previous articleI cheated on my cheating husband; I’m now HIV+ and I don’t know who gave it to me-Lady weeps on social media
Next articleHere is Nana Abena Hertie, the fair girl who was captured buying charms from Mama Gee to make a man Otoolege