Actress Kekeli Akosua from popular TV series ‘Efiewura’ has come out to address some rumours going around that she has been warming the bed of Ghanaian footballer Asamoah Gyan.

A check through Kekeli’s social media pages showed she has been putting photos of the footballer most often and this heightens suspicion that she might be having an affair with him.

In a new post on her Facebook wall, Kekeli Akosua described people insinuating a possible affair between herself and Asamoah Gyan evil.

According to her, she could hardly fathom why some people on social media could just fabricate false information.

In her post, Kekeli Akosua descended on these trolls and wondered why they always had to assume people of the opposite sex cannot have a friendly relationship with each other.

He post reads: “I had so much to write and even post some of the people that sent me those messages, but I decided to make it short, to all those that sent me private messages suggesting all kinds of things ayekoo. Whatever you think and assume about me and Nana Asamoah continue wai, I can only say y’all are evil. So because I post him and talk about him all the time means he’s ”chopping” me? Sit back and I’m about to do worse. Why do we always think negative others why? Wei ye Oteng Deejay Adviser errrrm y’all know our story, I’m thinking of what next lol.“

Kekeli Akosua, currently, a member of Nana Ama Mcbrown’s team explained in her post that there is no way she is romantically involved with the former Black Stars captain.

Also, she stated that she posts about Asamoah Gyan regularly because she admires him, and trolling is not going to stop her from being herself. 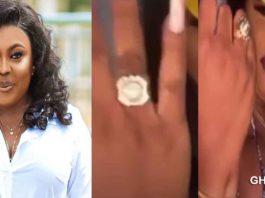 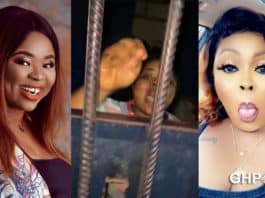 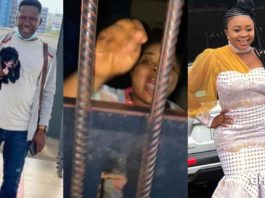 Identity of the man who caused Adu Safowaa’s arrest revealed...