Over $6m budget for AFCON ’19; Nyantakyi has been vindicated-Sefa Kayi 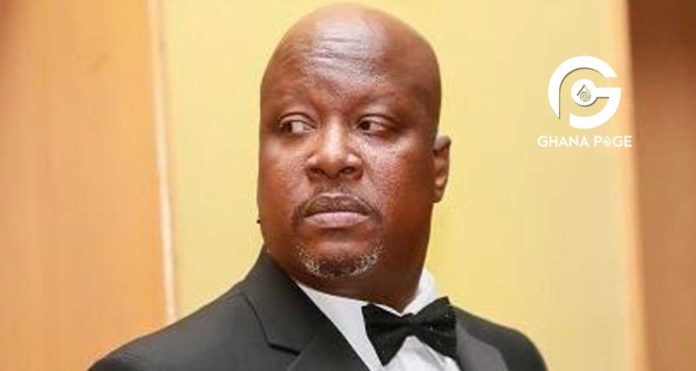 Yesterday, the minister of sports told Parliament that $4,564,532.00 was spent on the Ghana Blacks during the National team’s participation in the AFCON 2019.

The minister revealed that $6.3 million was budgeted for the AFCON competition so the remaining amount will be returned to the National coffers.

Meanwhile, the overall winners of the AFCON 2019, Algeria was given $4.5m as the price amount as earlier revealed by Conference Of African Football (CAF).

And Ghana Black Stars was eliminated at the round 16th stage of the competition yet managed to spend more than the prize money of the winners. This has angered a lot of Ghanaian.

Award-winning Ghanaian journalist, Kwame Sefa Kayi has also added his voice to the ongoing debate on the amount spent by the Sports Ministry at the AFCON 2019.

Speaking on his show, Kokrokoo on Peace FM, Kwame Sefa Kayi wandered the sense in budgeting more than the prize money; worse spending such huge amount on a team which was exited at just the round 16th stage.

He added that the former Ghana Football Association president, Kwesi Nyantakyi has been vindicated when he said that some people just want to use the Black Stars as their source of revenue hence the determination to get him off the Association.

“…Black Stars is a cash cow for some people…Kwesi Nyantakyi has been vindicated….you are going into a tournament knowing fully well the eventual winner will take home $4.5m, yet you sit and prepare a budget over $6m; which is more than the prize money?…if it was your own money, would you spend it this way?

We were kicked out during the second round stage yet the country spent $4.5m, the amount of money we would have received had Ghana won the cup… it doesn’t make sense…Understandably, if we had won the cup, the euphoria, prestige, and glory would have been intangible.

SEE ALSO: Each young player invited by Kwesi Appiah paid him 40% of their money to the coach as a bribe – Addi Self alleges

But seriously, you don’t go and do this and think it is okay and I hear some people are justifying this by saying it was the same under Nyantakyi’s era…are you out of your minds?!… This is Ghana oo,” Sefa Kayi lamented on the Black Stars AfCON 2019 Budget.

The general captain of the Ghana Black Stars, Asamoah Gyan has made a revelation on the pressure being mounted on him by...
Read more
Ghana Sports

A few months ago, Ghanaian footballer and former captain of the Black Stars, Asamoah alleged that his wife Gifty Gyan had had extramarital affairs....
Read more